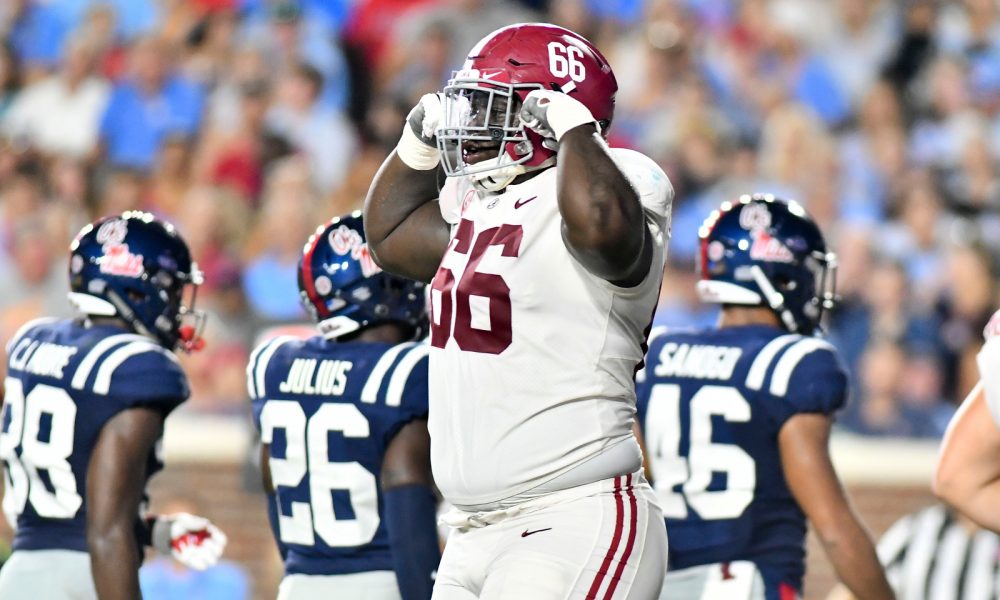 Lester Cotton is back with an NFL team.

The Tuscaloosa (Ala.) native and two-year starter at the University of Alabama has been signed to the Las Vegas Raiders.

RELATED: Urban Meyer says Alabama is on a ‘different stratosphere’ than everyone else

According to the team’s website, the announcement was made on Tuesday.

Cotton was not selected through seven rounds of the 2019 NFL Draft and the Raiders signed him as an undrafted free agent. He spent 13 games on the team’s practice squad and saw action in one matchup. Before he was waived from the roster to start the 2020 season, Cotton spent the offseason with the team.

The 6-foot-4, 335-pounder was a four-star offensive guard when he arrived on UA’s campus from Central High School.

He blocked for three 1,000-yard rushing seasons and two 3,000-yard passers. In 2018, Cotton helped the Crimson Tide average 45.6 points per game. He played in four games in 2015; the year Alabama won the Joe Moore Award and was on two national championship teams. Cotton assisted the Tide to three Southeastern Conference titles (2015-16, 2018) too.