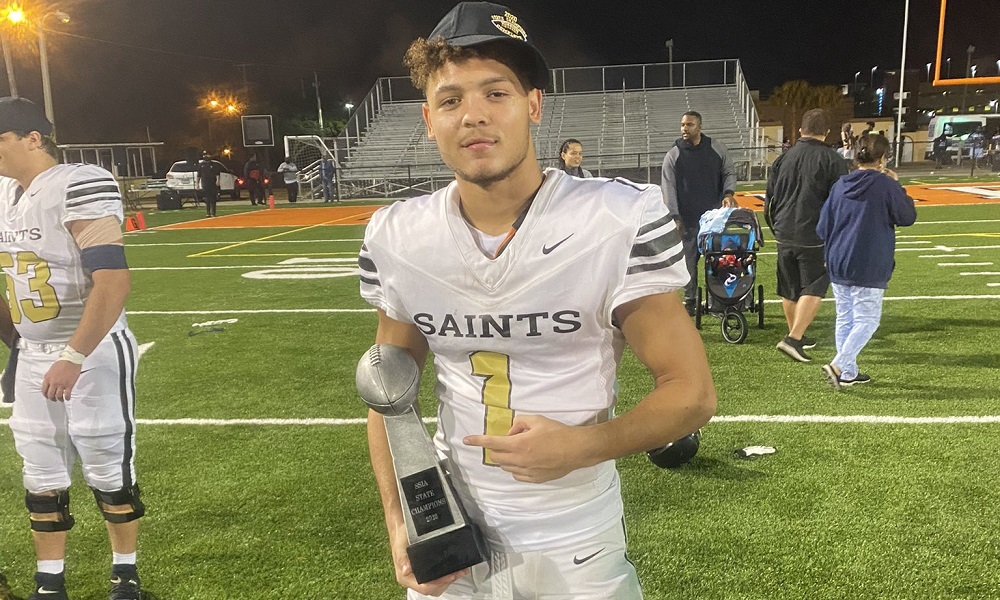 Inniss holds 32 total D1 offers after receiving offers from Ohio State and Alabama this week. He is a product of TRU Prep Academy in Miami Gardens, Florida. The 2023 prospect said Alabama’s track record with developing wide receivers from the state of Florida made the Tide’s offer special.

“I felt really blessed knowing how Alabama produces their wide receiver and sends them to the league,” Inniss told Touchdown Alabama. “It is amazing. Not just any wide receivers but wide receivers from Florida.”

Alabama has built an elite Florida wide receiver pipeline under Nick Saban. Amari Cooper, Calvin Ridley and Jerry Jeudy have laid the foundation and the trend continues to live on. Three of Alabama’s 2021 wide receiver signees are from the state of Florida.

Inniss looks to be another Florida wide receiver Alabama will push for hard in the future. The Crimson Tide’s coaching staff said they were impressed with the 2023 prospect’s versatility.

“They said they liked  my ability to play any position on the field,” Inniss said. “If you look at all the Alabama wide receivers, they can play slot and outside. That is what I can do.”

The Florida prospect is an explosive player after the catch who can create separation with his impressive route running ability. He currently stands at 5-foot-11 and weighs approximately 180 pounds.

Alabama has offered seven wide receivers in the 2023 class so far. Inniss is expected to be one of the Tide’s top wideout targets in the 2023 recruiting cycle.