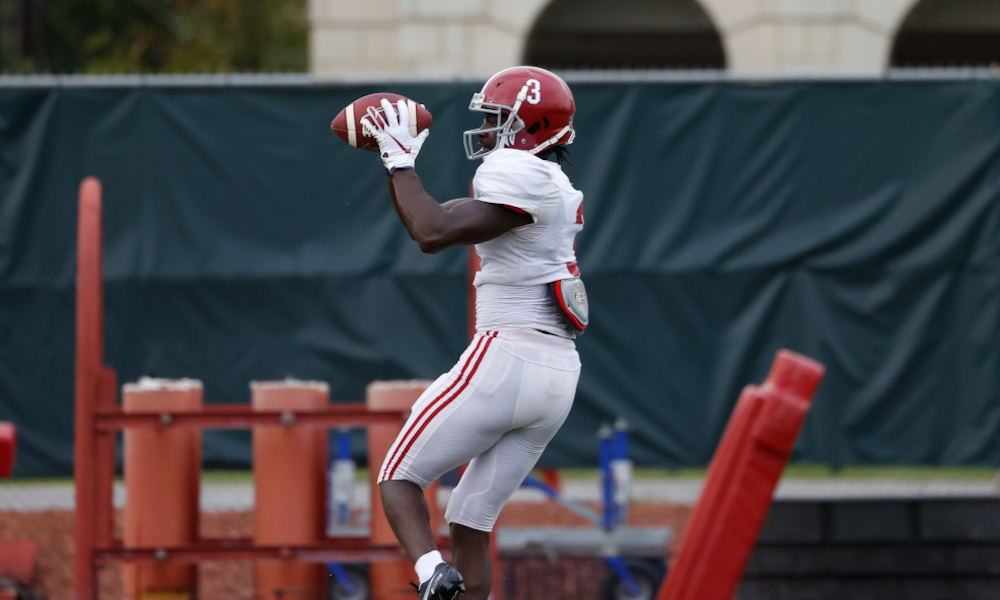 The University of Alabama signed a wide receiver who looked the part in 2017, but Tyrell Shavers could not break through to become an important part of the rotation.

He ended up leaving the program. After getting Shavers, the Crimson Tide got another physical target in its 2018 class.

Xavier Williams, a native of Hollywood, Fla., arrived in the same group with Jaylen Waddle and Slade Bolden. Waddle became the breakout star of his class, and Bolden caught 24 passes last season. Williams entered as a four-star prospect from Chaminade-Madonna Prep, following his efforts in leading the school to two Class 3A state championships in 2016 and 2017.

The 6-foot-1, 190-pounder is entering his fourth year at Alabama. During his redshirt sophomore campaign, Williams worked himself into the Tide’s rotation late in the season. He played in six games, including the last four contests versus Arkansas, Florida, Notre Dame, and Ohio State.

Williams caught one pass in each of the last three matchups, showing Alabama fans his growth at the position.

The Tide has graduated DeVonta Smith and Waddle to the NFL Draft. Bolden and John Metchie return as veterans, but it also opens a chance for Williams to be a starter. Despite having three true freshmen — Christian Leary, Ja’Corey Brooks, and Agiye Hall — as spring enrollees, Williams is going to get the first opportunity to win one of three starting positions at receiver.

He was highly recruited and is talented, but can Williams emerge as a playmaker?

Spring practice is setting up as a moment for him to prove himself.