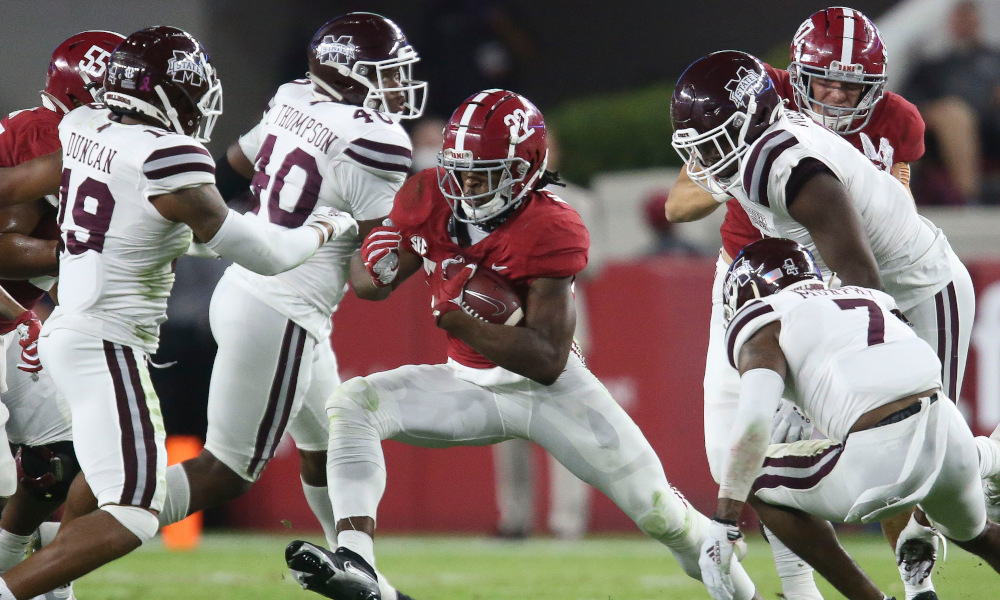 Other than winning a national championship, one of the main reasons Najee Harris returned to Alabama for his senior season was to add to his NFL Draft profile. Entering this season, Harris was looked upon as one of the top running backs in the country but at the conclusion of the year, even he had exceeded those expectations.

He became Alabama’s all-time leading rusher and turned in an overall monster season for the Crimson Tide.

As conversations of the upcoming draft began, Harris’ name had appeared in a multitude of different spots, with some valuing him as an early second-round selection.

But ESPN’s draft analyst Todd McShay believes Harris has locked himself in as a first-round pick.

“He really improved his draft stock,” McShay said during an appearance on ESPN Monday morning. “I think he solidified himself as a first-rounder.”

Alabama recently held its second Pro Day last Tuesday where Harris participated alongside quarterback Mac Jones and Heisman Trophy winner DeVonta Smith. During the session, Harris showed off his impressive route running and pass-catching abilities along with his obvious athleticism.

McShay currently has Harris ranked as the 22nd best prospect in the draft and has projected the Pittsburgh Steelers to select him with the No. 24 selection.