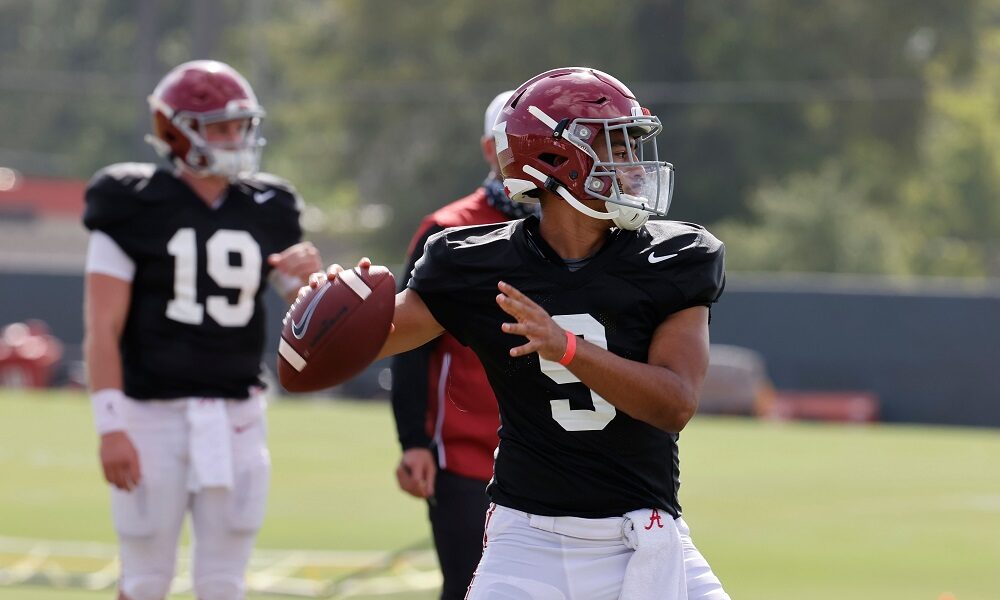 According to Nick Saban, a lot of hitting and intensity was at Bryant-Denny Stadium. He was pleased with the energy, but Bryce Young was one of the names Saban highlighted.

Per credible sources, Young was responsible for four touchdowns.

RELATED: Nick Saban jokes modern offensive coaches are like The Taliban and Al-Qaeda

Young, a sophomore from Pasadena, Calif., arrived in the 2020 signing class as a five-star recruit. He is the favorite to win the starting job at quarterback, and his performance means he is grasping concepts from Bill O’Brien as the Crimson Tide’s new offensive coordinator.

Before having its spring game in front of fans, Alabama will have another game-like practice on Saturday. The coaching staff will open more things up offensively, and Saban expects Young to build off his performance. Paul Tyson competed against the first-team defense and completed a lot of passes. This weekend will allow him to answer Young’s outing with a big one of his own.

Saban was fortunate to not have an injury happen to Mac Jones last year. This time around, he wants both quarterbacks prepared.

Young has the ability to create plays, and he used the first scrimmage to show it. Will Tyson have a response?

We shall find out on Saturday.