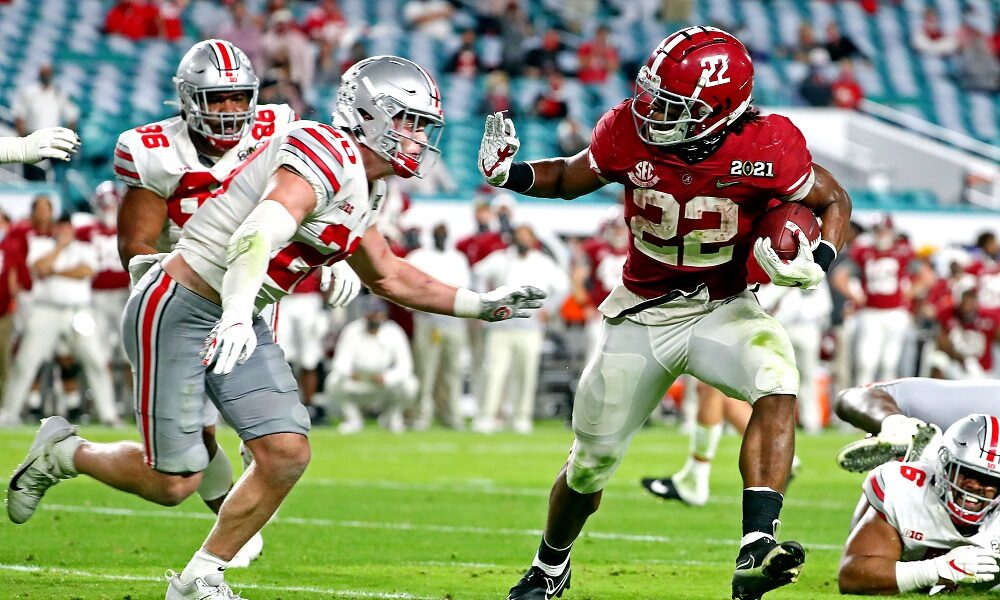 He explained to Stephen A. Smith, Max Kellerman, and Molly Qerim why he is the best running back in this year’s NFL Draft, and why he should be a first-round pick. The Miami Dolphins are doing everything possible to reunite Harris with Tua Tagovailoa, but the former University of Alabama standout is intrigued by the Pittsburgh Steelers. No matter who takes him, the 2020 first-team Unanimous All-American is focused on proving one NFL Draft analyst wrong.

After telling ESPN’s Todd McShay to ‘kiss his ass’ following his evaluation of Harris, the two-time College Football Playoff National Champion looks to stick it to Mel Kiper Jr.

RELATED: Alabama A-Day Game draws over 500,000 viewers on ESPN for its third-highest total since 2010

During his interview with Mike Greenberg on Get Up, Kiper does not get the idea of a team taking a running back in the first round. 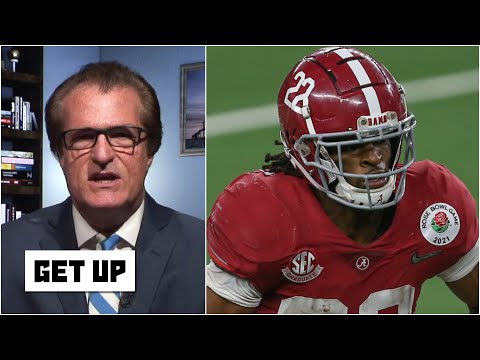 *Kiper talks on why RB’s shouldn’t be drafted in the first round at the 0:43 mark

“History tells us you can find a running back from the second round on,” Kiper said. “You don’t need to take one in the first round. Look at the teams that win big in the NFL. Was it a running back that they drafted that keyed a Super Bowl win or run through the playoffs? No. I think when you look at Najee Harris, Travis Etienne, and Javonte Williams, are they as good as JK Dobbins, Jonathan Taylor, and D’Andre Swift from last year? I am going to say no. They are not. All those guys went in the second round. They had really good rookie years, but they were not first-round picks. You are making a mistake if you take a running back in the first round.”

Contrary to Kiper’s statement, Harris was a more complete player than Taylor, Dobbins, and Swift.

Rushing yards and TD’s: Najee Harris vs. the field

Receiving yards and TD’s: Najee Harris vs. the field

He is built like a middle linebacker; however, he carries the playmaking abilities of the modern-day rusher. In his final two seasons at Alabama, the California native registered 70 receptions for 729 yards and 11 scores. NFL teams would be foolish to not take an opportunity on Harris in the first round. He currently projects as the best player at his position for next week.