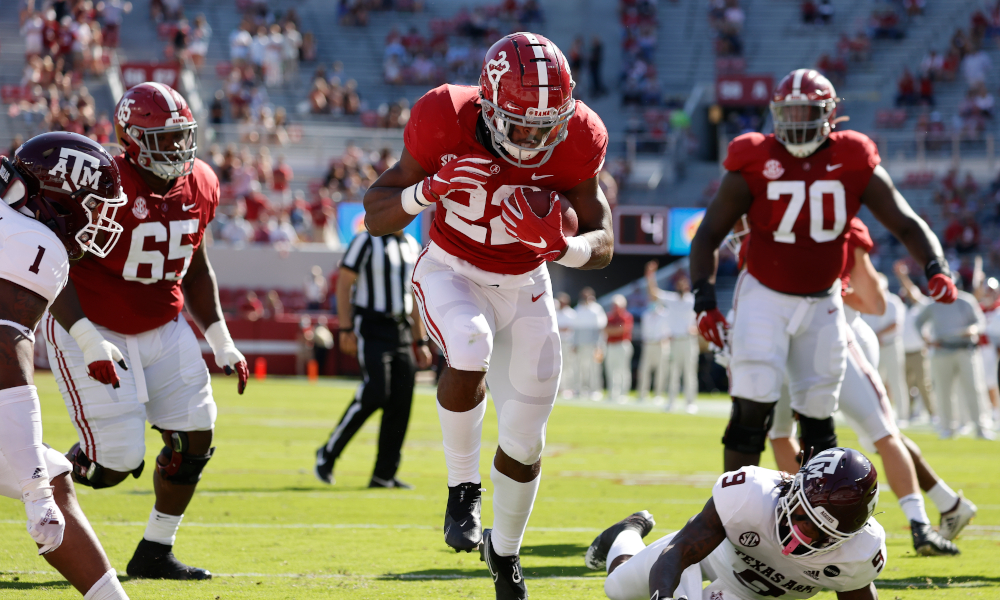 On Thursday, the Pittsburgh Steelers chose more than a running back at No. 24 overall.

The organization took someone that represents character, toughness, family, and philanthropy.

Najee Harris had a rough childhood. He, his mother, and his siblings struggled to find a place to call home. He lived in different cities in California, found himself in hostile neighborhoods, and lived in homeless shelters.

It was the closeness he had with his loved ones that produced a five-star talent in high school, and the University of Alabama’s all-time leading rusher.

Before his name was called in the first round, Harris returned to a place that produced him.

He hosted an emotional draft party for children at the shelter he lived in.

According to Kylen Mills, a sports reporter for KRON 4 News in San Francisco, Calif., Harris said the moment was ‘very emotional’ for his mother.

Najee Harris hosted his draft party for kids at the shelter he lived in as a child growing up. This is the kind of player the Pittsburgh Steelers are getting ♥️

“It was almost as if she was crying in a way because we have a lot of memories here,” Harris said. “That was a time in our lives when we were really low at a point. It brought back a lot of memories of what we were going through at the time. It was an emotional thing for us. Just doing this makes me and my family a lot better. We are just appreciating everything.”

He brought smiles to the youth, but it was also a moment of reflection for Harris. He has taken his family and himself to new heights; however, he values the lessons from the shelter.

Mike Tomlin and the Steelers got a complete player and an even better young man.