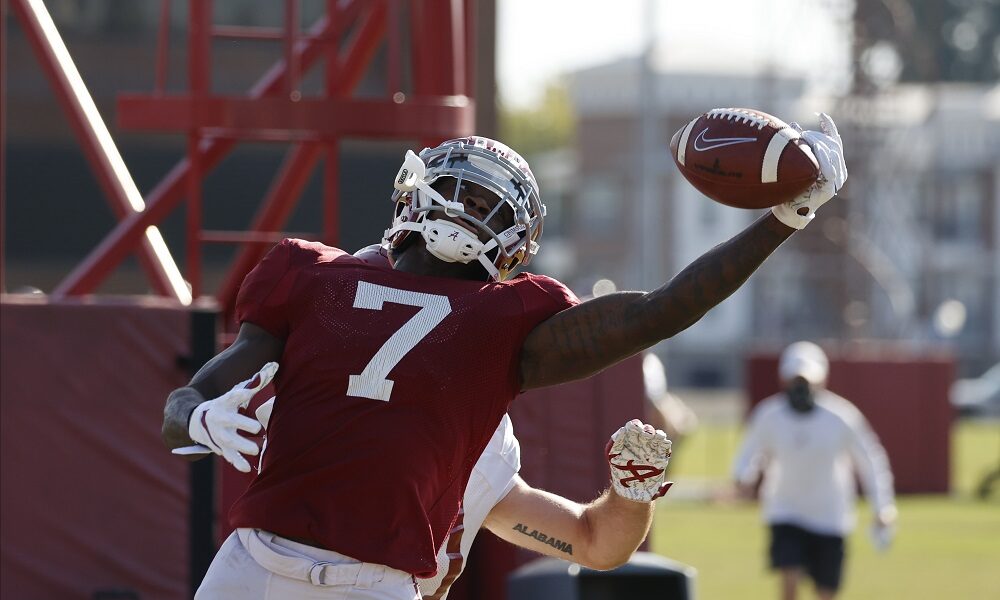 The University of Alabama is trying to get down to the 85-man scholarship roster limit in football.

It has gotten some help from the NCAA transfer portal, as Ben Davis (Texas), Ale Kaho (UCLA), and Eddie Smith (Illinois) have chosen their transfer destinations. Ronald Williams Jr., a defensive back, recently entered his name into the portal too.

Brandon Turnage is the latest name in the mix.

The redshirt sophomore has become the third player from the Crimson Tide’s secondary to enter the portal. Before the news got to social media, Turnage posted a tweet with the caption: “Greater is coming.”

Alabama fans saw it as him leaving, and others starting suggesting transfer destinations.

He was pushing for an opportunity at cornerback; however, names such as Josh Jobe and Marcus Banks have more experience.

Jalyn Armour-Davis knows more of the system, and he held the second corner spot opposite Jobe throughout spring practice. Also, Nick Saban has signed a lot of talented players in the last two recruiting classes. These individuals, including Malachi Moore, Brian Branch, Kristian Story, Koolaid McKinstry, and Jahquez Robinson, have caught everyone’s attention.

Turnage’s decision does not negatively affect the Tide, especially with how Saban has stockpiled talent at the position since 2017.

Hopefully, he will be able to find a home in college football as Alabama is crowded.