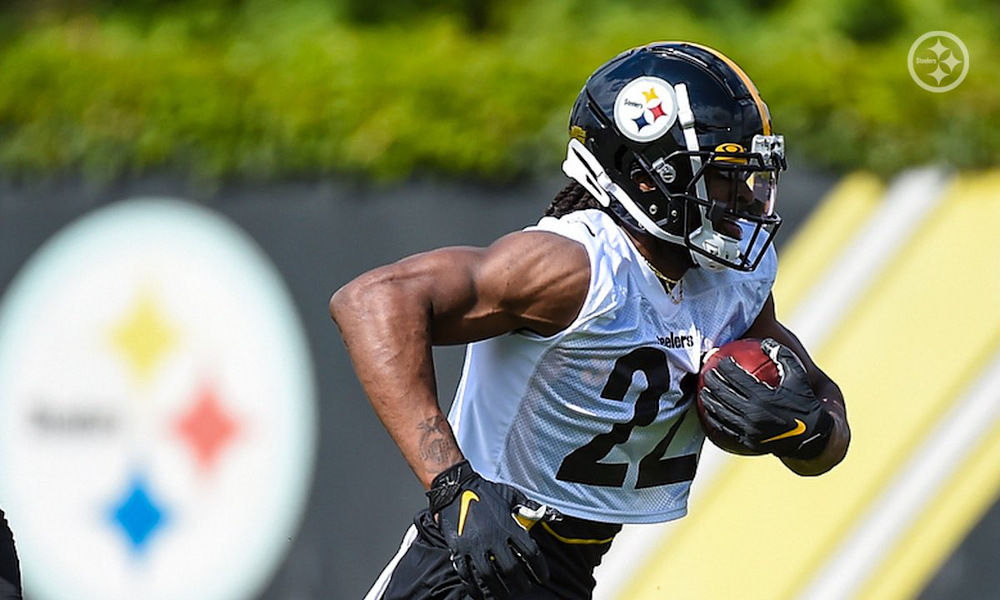 The fans who wave the “Terrible Towel” support a tough-minded organization, and its team selected the best running back in the NFL Draft.

Najee Harris is in the most physical division in the league, and he loves it. The former Alabama standout was selected at No. 24 overall by the Pittsburgh Steelers. During his three days at rookie minicamp, the California native has looked impressive on the field. He looks the part in size, speed, power, versatility, and athleticism.

All of these traits allowed Harris to win the Doak Walker Award (nation’s top running back) in 2020 and become a Heisman finalist. He was a First-Team Unanimous All-American selection and ended his career as the Crimson Tide’s all-time leading rusher. In studying his playing style, there are two things Harris will not do: he won’t cheat the fans, and he won’t cheat the reporters.

Steeler fans are getting a highly competitive player and its media will get an entertaining interview. Last week, we saw the second part of the statement after practice.

Harris got an introduction to the NFL, as he was shocked that reporters were watching him.

“Oh, you saw that?” Harris asked a reporter after it saw his one-handed catch. “Where were you guys at?”

When he found out the reporters were on the balcony, Harris’ response was priceless.

He is the new man in town; however, much is expected from him. As a former five-star recruit, Harris possesses the ability to make a lot of catches. He did it at Antioch High School, and it was a weapon in his last two seasons at Alabama.

Harris proved he was deserving of a first-round selection last year, as he totaled 43 catches for 425 receiving yards with four scores. Some feel Harris became a receiving option with the Tide; however, the two-time national champion has been making plays since middle school.

“I always do that. I have always done that,” Harris said about making one-handed catches. “I’m not trying to brag, but it was not luck. It is not something I work on. I have big hands.”

He also discovered there is a difference between Alabama and the NFL. When he provided the reason, everyone laughed.

His hands will play a role in helping Ben Roethlisberger. Harris’ excellence out the backfield gives the two-time Super Bowl champion another option to target. He is also ready to run through the best defenses in the league. As a member of the AFC North, Harris will strap up against the Baltimore Ravens, Cleveland Browns, and Cincinnati Bengals.

He dominated the best competition in college football (Southeastern Conference), so he is set for this level. The 6-foot-2, 230-pounder collected 1,466 yards rushing with 26 touchdowns in 2020. He had six 100-yard performances, including one 200-yard game versus Ole Miss.

RELATED: Alabama’s Josh Jobe is the next early-round DB for 2022, according to Jim Nagy

He grew to love his collegiate head coach, Nick Saban, but Harris is happy to be with Mike Tomlin.

According to Teresa Varley, a writer for steelers.com, Harris said Tomlin ‘is a people person.’

‘He always has that ball of energy. He is someone that is easy to play for because he is such a likeable person.’ – @ohthatsNajee22 on @CoachTomlin

He is entertaining both on and off the field, but Harris knows it’s time to work.

Pittsburgh got the most complete back in the draft, and he is ready to show it.