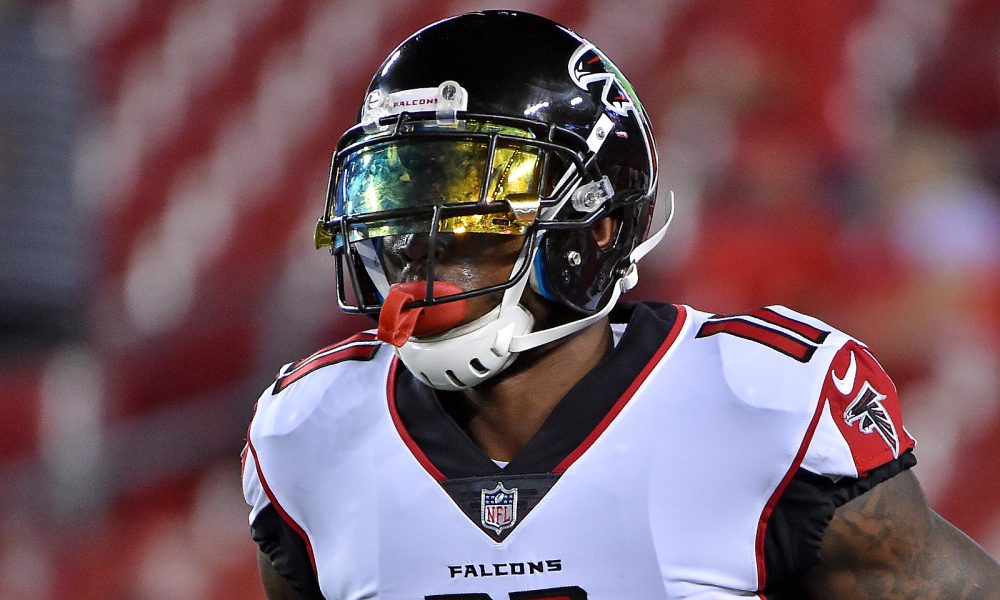 Julio Jones has left more than the Atlanta Falcons.

The seven-time Pro Bowler has also turned down No. 11: a number he wore for 10 seasons in the National Football League.

When he arrived in Nashville, Tenn., A.J. Brown offered No. 11 to the wide receiver he looked up to. Jones appreciated the gesture but chose to let Brown continue wearing it. Brown posted the news on Twitter, as Jones will don a different number for the first time in his professional career. Will he return to rocking No. 8 from his days at the University of Alabama? He could, especially after a nice photoshop picture of him wearing the number surfaced on Twitter.

Eddie Jackson is returning to wearing No. 4 after spending his first four years as No. 39 for the Chicago Bears. At Alabama, Jones was fifth all-time for receptions (179), sixth for receiving yards (2,653), and tied for 10th in touchdowns (15). He helped the Crimson Tide capture a BCS national title in 2009.

Jones wore No. 82 during his tenure at Foley (Ala.) High School. His dominance allowed him to become a five-star recruit.

RELATED: Calvin Ridley and Jaylen Waddle will practice against each other this summer

He made three numbers look great, but will Jones return to No. 8? It will be interesting to see what happens.