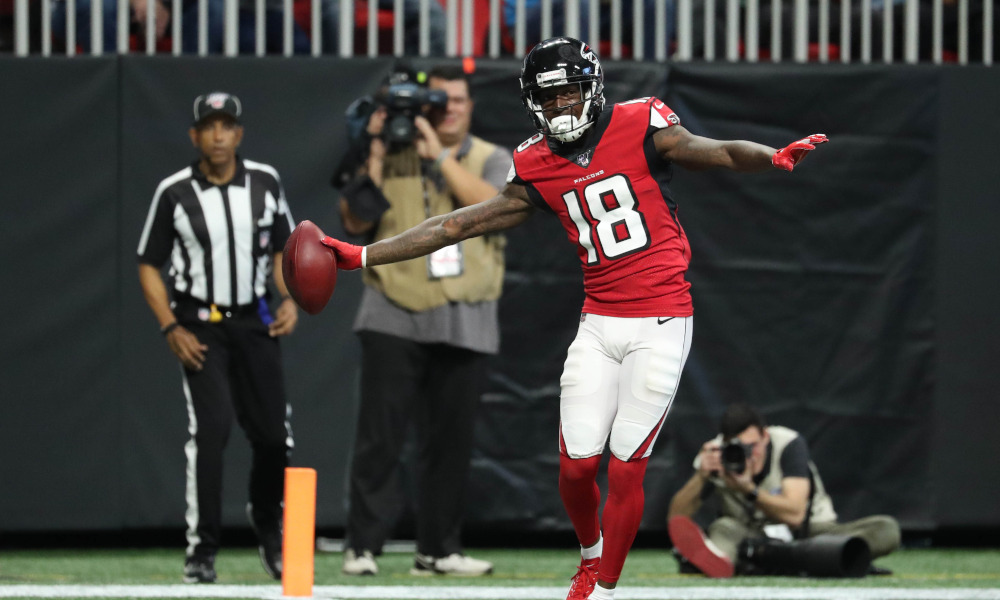 Calvin Ridley will open his fourth NFL season as the No. 1 wide receiver for the Atlanta Falcons.

He takes over the primary role in the departure of Julio Jones to the Tennessee Titans.

Last year, Ridley turned in his first career 1,000-yard campaign with 1,374 yards and nine touchdowns on 90 receptions. Despite the Falcons missing the playoffs, the former Alabama standout had eight 100-yard games. Before he plays in the fall, Ridley will face another alumnus of the Crimson Tide in joint practices this summer. Atlanta and the Miami Dolphins are scheduled to face-off, which puts Ridley and Jaylen Waddle against each other. Both players are skillful route runners with speed, reliable hands, and marquee playmaking skills.

The Falcons will hold hold training camp practices with the Dolphins this summer.

Leading into the Dolphins’ home exhibition against the Falcons on 8/21 there are planned joint practices with the Falcons at the new facility in Miami Gardens that will likely be open to fans.

Ridley and Waddle were both first-round picks, and they won national championships at Alabama.

RELATED: Julio Jones and Derrick Henry will finally be on the same NFL team

One looks to continue Matt Ryan’s career, while the other is about to help Tua Tagovailoa become a success.