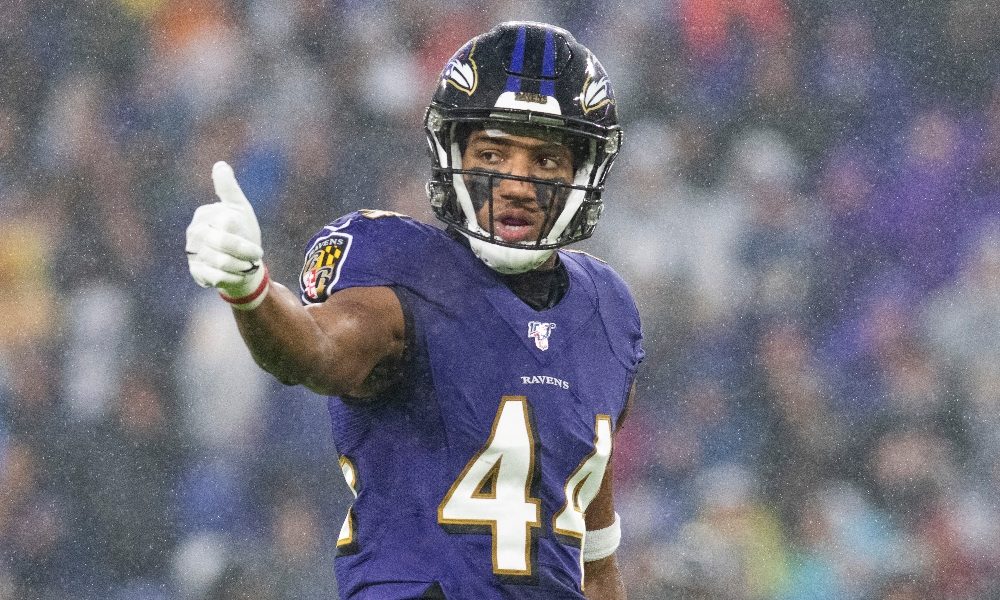 Lamar Jackson is making improvements to change the culture; however, the Baltimore Ravens are known for their rich defensive history.

Whether it was Ray Lewis, Ed Reed, Terrell Suggs, Haloti Ngata, or Tony Siragusa, the Ravens had monsters on defense.

The next generation of leaders for Baltimore starts with a former Alabama standout. Marlon Humphrey enters his fifth NFL season in the fall.

He was taken in the first round of the 2017 NFL Draft and has been very productive for the Ravens.

Baltimore invested in the Hoover (Ala.) native by giving him a five-year, $97.5 million contract extension on Oct. 1, 2020. During his presser, Humphrey was overcome with emotion in thanking both the organization and his family.

According to Garrett Downing, host of the Final Drive for the Ravens, Humphrey is ready to take the next step in leadership.

“Any time you’re compared to the Ray Lewis’ and the Ed Reed’s, it’s definitely always an honor… I know those guys got some DPOYs, so I probably need to get one of those in order to really try to be one of those cornerstone pieces.”@marlon_humphrey talks about his next step. pic.twitter.com/3PRJ1jWSqi

He has been compared to Lewis and Reed and considers it a great honor.

Both are in the Ravens’ Ring of Honor and helped the franchise to a Super Bowl title in 2012.

Humphrey said a ‘loud defense is a good defense.’

He is starting to become more vocal as Downing noticed in mandatory minicamp. As a College Football Playoff National Champion in 2015, Humphrey is about constant communication.

He wants his teammates to make big hits, fly around the field, and create turnovers. Lewis and Reed have at least one NFL Defensive Player of the Year award. Lewis was a two-time honoree (2000, 2003), and Reed won in 2004.

Humphrey said he needs at least one DPOY to put himself in the conversation.