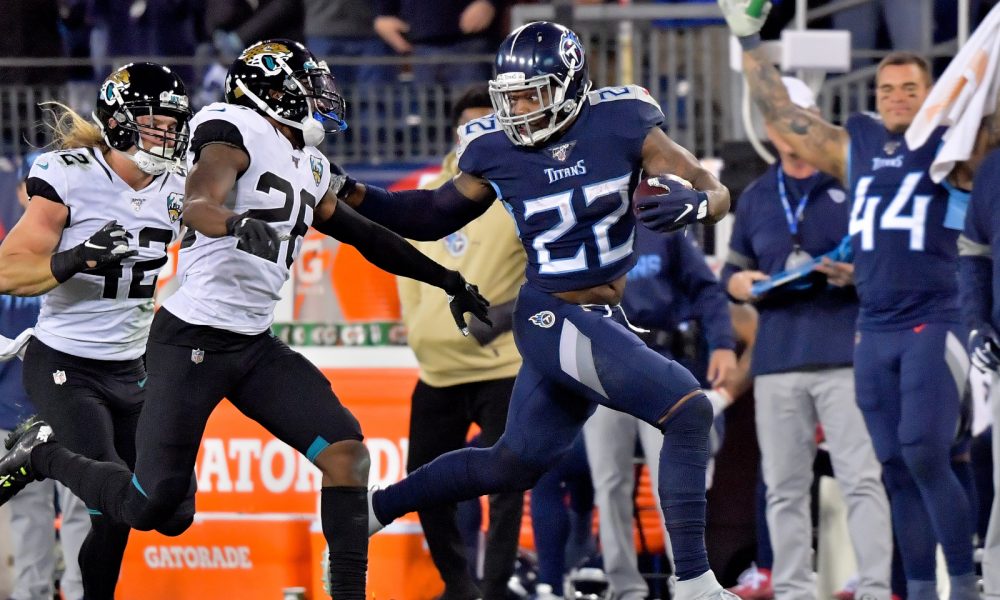 We know him as a Heisman Trophy winner, a national championship, a two-time NFL rushing champion, and arguably the most dominant running back in today’s professional game.

When he is not giving tacklers the blues on Sundays, Derrick Henry is a man of the people.

He is another one that has taken Nick Saban’s message of being about others and applies it to his lifestyle.

Last week, the star of the Tennessee Titans was home in Yulee, Fla. He was a monster at Yulee High School, and his production allowed him to become a five-star recruit in 2013. Henry and his family were home for another mission, and this one involved sowing into the lives of the youth.

He hosted a back-to-school event and gave out school supplies, backpacks, and bicycles to 200 children. Jamal St. Cyr, a sports anchor for WJXT Channel 4 in Northeast Florida and Southeast Georgia, captured the video.

Derrick Henry is a man of the people. Over the weekend, Henry passed out school supplies, backpacks, and bikes to over 200 kids in his hometown of Yulee, Florida. 💪 @KingHenry_2

Gladys Henry, Derrick’s grandmother, made sure her grandson had all he needed as a child.

He honored her when he gave his Heisman speech in 2015 and continues to honor her.

Crimson Tide fans enjoy watching him pummel defenses, but it warms their hearts to see former players give back to communities.