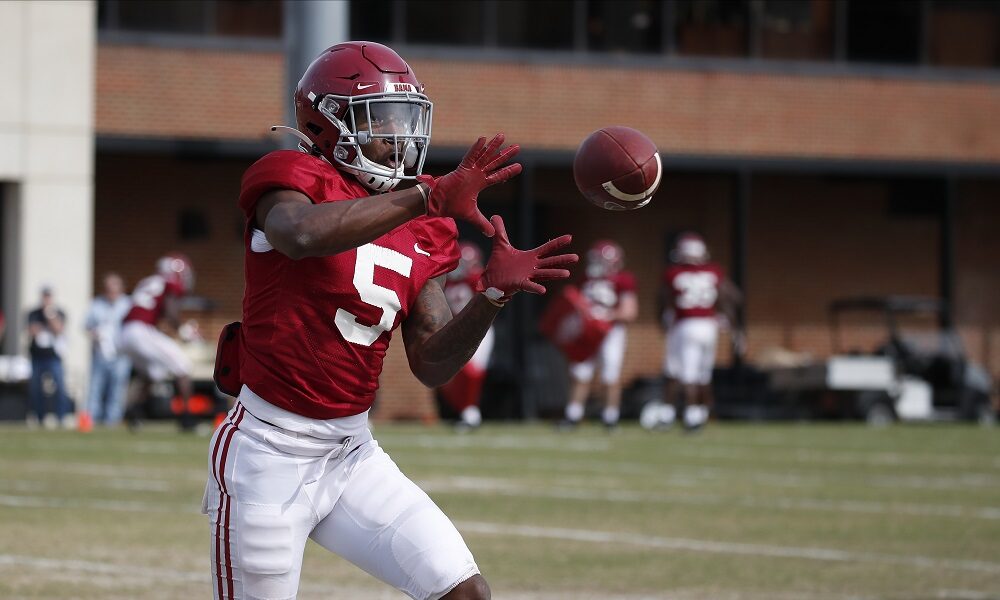 Jalyn Armour-Davis is serious about being one of Alabama’s starting cornerbacks, and his teammates know it.

After three years of waiting, he is prepared to capture his dream. A native of Mobile, Ala., Armour-Davis had an injury before the start of his freshman season in 2018. He has pushed himself to be in this position, and the coaching staff is excited to see the redshirt junior perform.

The 6-foot-1, 192-pounder had a great spring, as he recorded three pass breakups in the A-Day Game.

Despite talented names such as Kool-Aid McKinstry and Marcus Banks, Armour-Davis is still ahead for the starting job.

He knows a productive season could lead to him getting drafted next year. As a former four-star, Armour-Davis posted a video to Twitter of him executing power clean workouts at the Bill Battle Athletic Performance Center. He captioned the video: “I know what’s on the line.” His teammates, Jordan Battle, Brian Branch, Marcus Banks, and Phidarian Mathis, cheered him on.

I Know What’s on The Line 📞🤐 #RollTide pic.twitter.com/TARGYbl5fT

The Crimson Tide has a lot of chemistry on this defense. Each player wants to see a teammate succeed. Armour-Davis played in nine games last season, but he was mostly on special teams.

Nick Saban has been high on him since his recruitment in 2018. He now has a chance to show Tide fans who he is, and he’s ready for it.