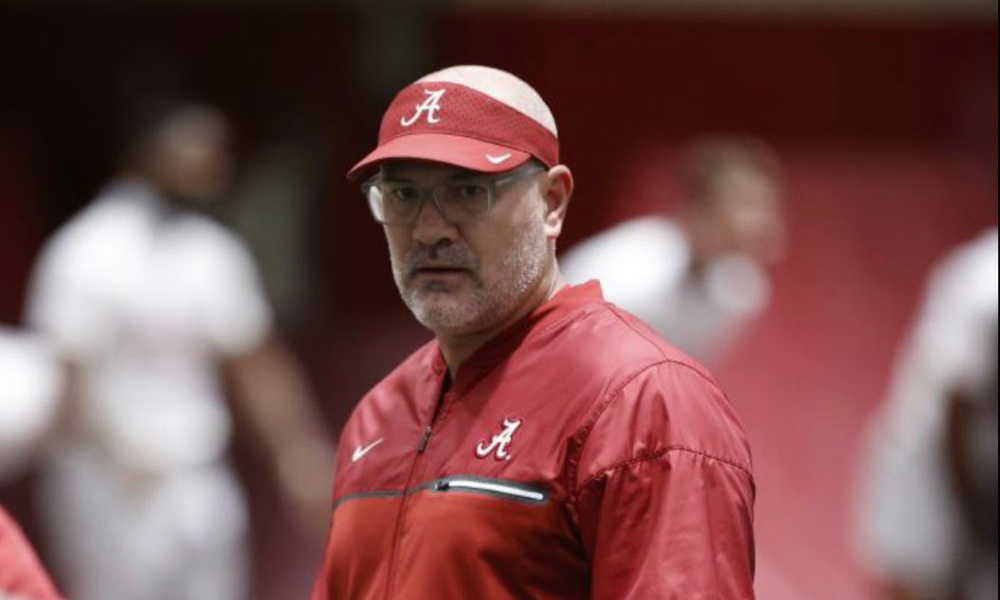 RELATED: Alabama’s Javion Cohen in position to be a starter on the offensive line

After parting ways with Scott Cochran, Nick Saban made an out-the-box hire in getting David Ballou and Dr. Matt Rhea from Indiana University. As a change from Cochran, who was with the Tide for 13 years, Ballou and Rhea are keen on the new technologies, injury prevention techniques, analytics, and making sure players are at peak strength, speed, and performance.

Alabama fans were frustrated about soft tissue before the new strength staff arrived.

Whether it was at running back, linebacker, or players on the offensive/defensive line, the Tide suffered ankle, knee, foot, and other mishaps at these positions. The issue stopped last year as Alabama did not have any soft tissue injuries.

Players were healthy all year, and it allowed the team to be fresh at the right time. According to Coach Saban, Alabama ‘felt fortunate’ to hire Ballou and Rhea when it did. He said the duo ‘cut down soft tissue injuries by 50 percent’ and the players bought in.

“David [Ballou] and Dr. Rhea have done a phenomenal job really, and this has, I think, helped our program tremendously,” Saban said Wednesday at SEC Media Days. “We wanted to make the change several years ago and brought several pro teams in with their old strength staff to try to change from the powerlifting to more of the velocity training used and the technology to actually test players daily, to minimize injuries ut also to increase explosive movement. We increased explosive movement during the season by almost five percent, which we had not done for several years. So, we bought into the things that they do.”

Saban said the players really enjoy the feedback from Ballou and Rhea.

RELATED: Alabama is ‘close to 90 percent’ vaccinated according to Nick Saban

With the duo, Alabama has ‘eliminated’ all old-school testing.

“We don’t run 16 110s anymore,” Saban said. “We don’t run 10 40s with 15 seconds rest in between. Because of the knowledge, we use we know how fast a player is running every day, and we know what his capability is because of the GPS system that we use. So we don’t need to test, because the players are getting immediate feedback every day. It is a much more positive approach.”

The technology has helped the players, and healthy players give Saban peace of mind.

Ballou and Rhea had a full spring and summer with the players. This season will be exciting to watch.