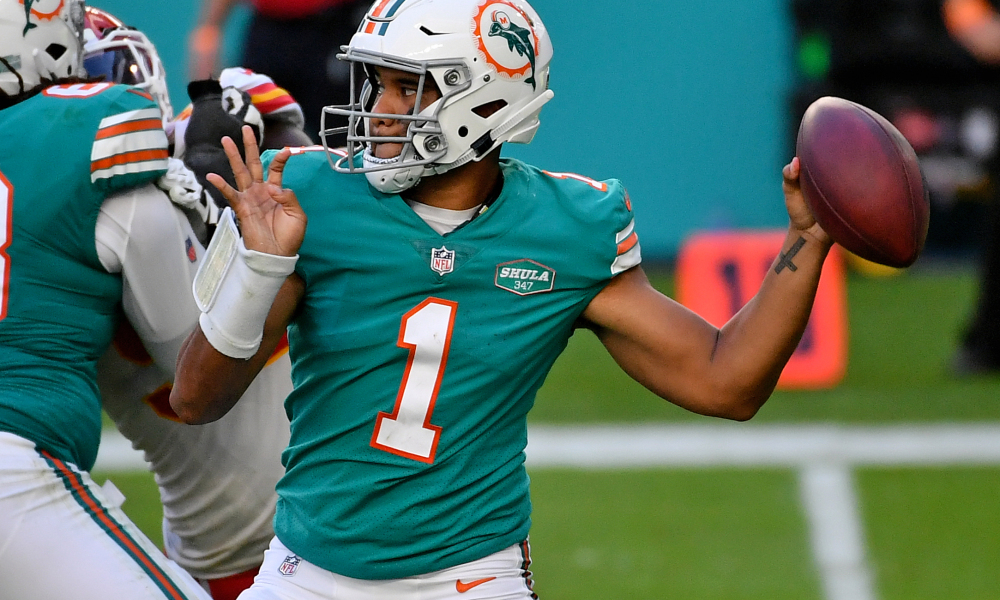 A lot of sports media personalities are about to trash their takes on Tua Tagovailoa.

The second-year quarterback looked like he was back at Alabama in Saturday’s preseason game for the Dolphins. After having a solid performance versus the Chicago Bears, Tagovailoa looked impressive against the Atlanta Falcons. He moved well against the blitz, targeted receivers in stride, led two touchdown drives, and provided all indications that he will be dominant this season.

RELATED: Alabama ‘still has work to do’ to figure out its offensive line

Tagovailoa completed 16 of 23 passes for 183 yards with one touchdown.

.@Tua has the @MiamiDolphins knocking on the door again. #ATLvsMIA pic.twitter.com/EcnPXgSvfj

He recorded a passer rating of 107.7 and had 10 of his completions result in first downs.

As an alumnus of the Crimson Tide, the native Hawaiian converted three third downs while his scoring drives of 75 and 66 yards came on 11 plays. He played with confidence and excitement, as he is fully healthy for the first time since his freshman season at Alabama. Tagovailoa had the velocity, accuracy, and timing on his passes.

He also possessed the wiggle to maneuver in the pocket and avoid the rush.

National pundits said nothing was special about Tagovailoa’s game as a rookie. He dealt with COVID and was trying to recover from a horrible hip injury. Now at 100 percent, people are about to see why Trent Dilfer referred to the 2017 national champion as ‘ice cream on crack’ during the 2016 Elite 11 competition. Miami was committed to Tagovailoa in the draft process, it did not entertain thoughts of trading him for Deshaun Watson or Aaron Rodgers, and the Dolphins made sure it got weapons for him.

Tagovailoa has shown his commitment by getting his body right, working with teammates in the offseason, and improving his technique in training camp. He has faced much criticism, but Saturday was an indication of him saying he is ready.

Miami earned a 37-17 victory over the Falcons.

14
Alabama in the Pros