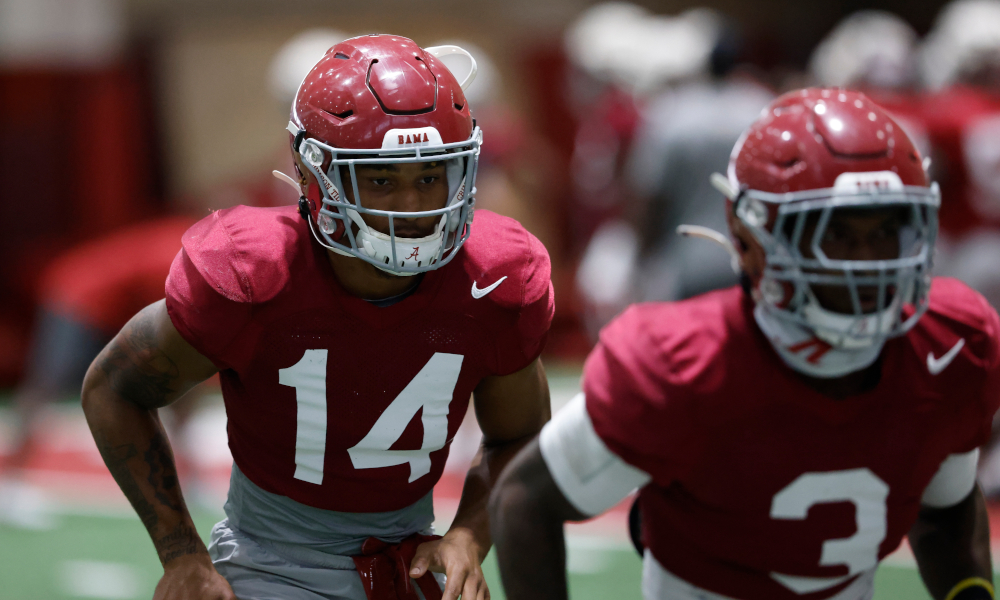 He recorded his first career interception at Mercedes-Benz Stadium late in Alabama’s 2019 season opener versus Duke, and Jordan Battle is about to make his return to the venue.

Battle, a native of Fort Lauderdale, Fla., is a junior for the Crimson Tide and a leader in the secondary. After a great tenure at St. Thomas Aquinas High School, he was heavily recruited by Miami. The South Florida man chose Alabama as a four-star in 2019 and has not looked back.

Battle has played in 26 games — including 17 starts — and started all 13 matchups last season.

He finished third on the roster for total tackles (66) and had three tackles for loss, four pass breakups, and a pick-six versus Kentucky at Bryant-Denny Stadium. The 6-foot-1, 210-pounder has relished his leadership role, but he highlighted the wide receivers for Alabama and Brian Branch in Thursday’s presser. Despite the Tide losing DeVonta Smith and Jaylen Waddle to the National Football League, Battle loves competing against this group. He said the entire receiver room has ‘speed’ to burn.

Metchie, Williams, and Bolden have experience; however, it will be fun to watch the young receivers. When it comes to the defensive backfield, Battle is excited to see Brian Branch.

RELATED: Alabama RB Trey Sanders will produce in a big way this season, according to Emil Ekiyor

The sophomore played in 12 games in 2020, recording 27 tackles, seven breakups, and two interceptions. According to Nick Saban, the native Georgian has been worked everywhere in the secondary. He has gotten reps at star (nickel), money (dime), cornerback, and safety. Alabama wants to have a specific role for him, but his versatility makes him important on the field.

“We love Brian Branch, man. He’s very versatile,” Battle said.  “He has a great future ahead at Bama, and he’s gonna continue to do great things.”

He is excited about Branch, but Saban appreciates how Battle has emerged as a leader.

“He’s done really well,” Saban said of Battle after the second scrimmage. “He’s been the leader back there. He makes all the calls. He’s very smart.”

With the first depth chart of the season coming next week, players, coaches, and fans are gearing up for Alabama’s season opener versus Miami.