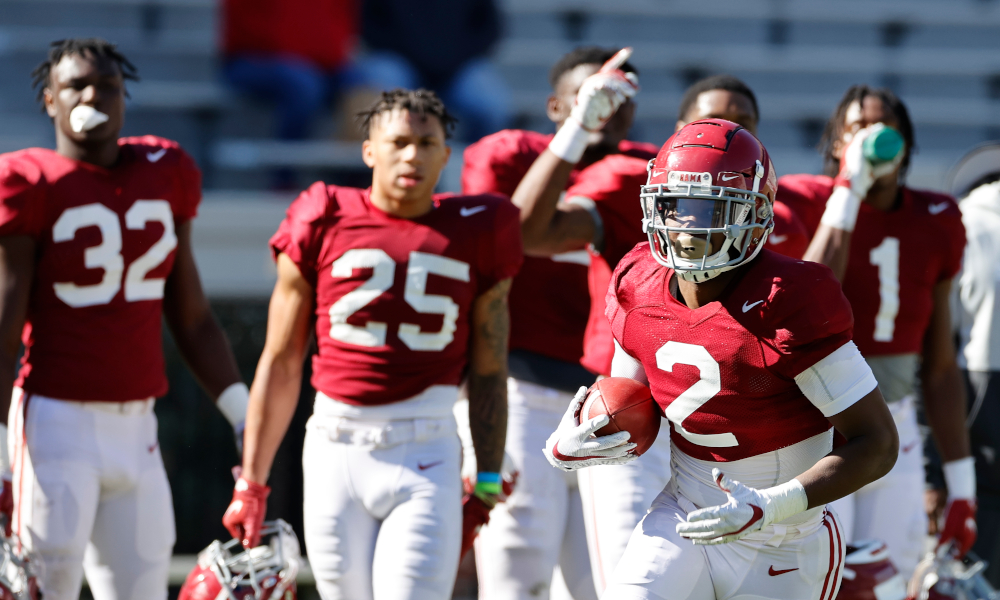 Hellams has been dealing with sprained ankle which he suffered earlier this month during fall camp. Despite missing multiple weeks, the availability of the junior safety this weekend against Miami is still up in the air.

“DeMarcco will start running today,” Saban said. “He’s still probably questionable for this game. I can’t answer whether he’ll be available for the game or not.”

It was also announced prior to Saban’s media availability that Hellams would be a  co-starting safety this season with sophomore Brian Branch, according to the official depth chart. In 2020 the Hyattsville, MD, native appeared in all 13 games for the Crimson Tide with three starts including both games in the College Football Playoff.

If Hellams is unable to go, Branch is a suitable second option for the Crimson Tide’s defense who brings versatility and experience to the position. It would also provide Branch the opportunity to focus in on one spot which Saban has previously discussed.

“But I think in fairness to him, we need to put him someplace and get him some reps at that position so he can fell really good about playing fast because he’s confident that way, he’s a real playmaker.”