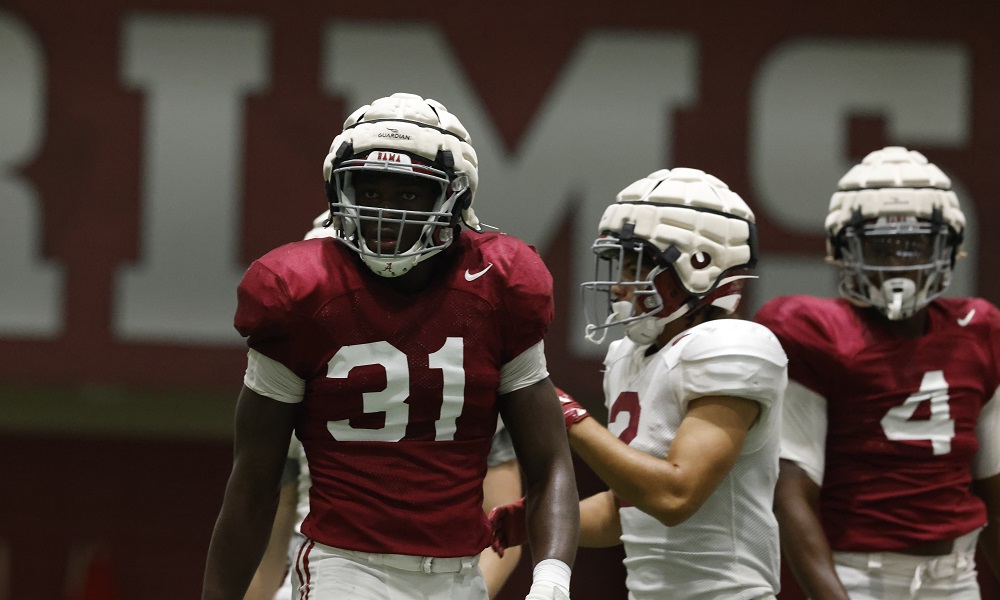 After an undefeated campaign in 2020, he is excited to guide the Crimson Tide to an opportunity for back-to-back national championships since 2011 and 2012.

He is 10-0 all-time in marquee season openers, including six victories versus programs in the Atlantic Coast Conference.

Alabama will battle Miami on Saturday at 2:30 p.m. for the first time since the 1993 Sugar Bowl.

RELATED: Alabama football to wear its road whites versus Hurricanes in season opener

Despite losing talent to the National Football League, the Tide has a team ready to work.

Coach Saban mentioned during preseason camp that the Tide had competition at center (Chris Owens, Darrian Dalcourt) and right tackle (Kendall Randolph, JC Latham) on the offensive line. Hopefully, it will have a starting five ready to play versus the ‘Canes.

Listed below are five impact players for Alabama heading into the Miami game.

Bryce Young takes over for Mac Jones as Alabama’s starting quarterback. He earned the position with his efforts in spring practice, summer workouts, and fall camp. The sophomore will play in front of a capacity crowd at Mercedes-Benz Stadium.

After tossing five touchdown passes in two scrimmages, Young’s focus must be on playing his game. He cannot allow external factors to have him too high or too low in his performance.

Manny Diaz will bring pressure to frustrate him, but the California native has to find his hot read and deliver passes on time. If he settles into the game quickly, Young will have a lot of success.

Alabama’s coaching staff has raved about freshman JoJo Earle; however, Jameson Williams is a starting receiver.

As a transfer from Ohio State, he carries speed, hands, proficient routes, and can make contested catches.

Williams posted marquee plays in two scrimmages, and he is one of the starting kickoff returners. According to respectable sources, yours truly of Touchdown Alabama Magazine was told that Williams will be the offensive “deep threat.” He has the capability to burn Miami’s secondary on explosive plays and has the acceleration to take a kickoff for a touchdown.

Henry To’oto’o is about to alert college football on the return of Alabama’s defense.

Since his arrival in the summer, he has been a leader. Several players have praised his communication skills, and Saban named him as the signal-caller on defense. He operated Tennessee’s defensive front for two years, totaling 148 tackles and 15 tackles for loss.

To’oto’o had the Tide firing on all cylinders in both preseason scrimmages. Christian Harris will serve as weakside “Will” linebacker, but To’oto’o will be responsible for limiting the athleticism of D’Eriq King and the Hurricanes’ rushing attack.

He was unstoppable in 2020, but Will Anderson is about to do more this season.

Anderson added eight pounds to his frame in the summer, and he knows the full defensive system.

His power, speed, and overall performance numbers increased in the strength program.

He is a preseason candidate for marquee awards; however, Anderson is prepared to affect D’Eriq King in the pocket. His first career sack came late in his freshman year, so he wants a better start to this campaign. The 6-foot-4, 243-pounder is ready to embarrass the offensive unit for the Hurricanes. Pete Golding will send Anderson on some pressure packages. He is the one who sets a dominant tone in terms of creating negative plays.

Alabama has depth and versatility in its secondary, but Jordan Battle is the leader of the room.

Miami recruited him in the 2019 cycle, yet Battle fell in love with Coach Saban. He has grown into his leadership role at strong safety, and the coaching staff trusts him to call plays on the back end. Battle is a film junkie that must bait King into some poor throws and be exceptional in run support. Josh Jobe, Malachi Moore, Jalyn Armour-Davis, and DeMarcco Hellams were listed as starters on the depth chart, but this is Battle’s chance to show NFL scouts he is a first-round pick for next year.