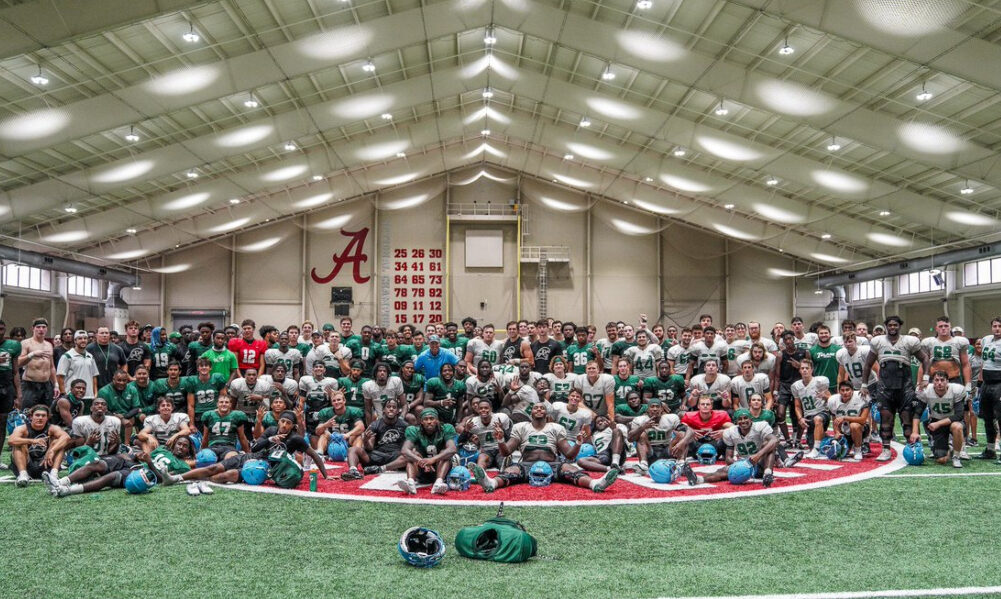 Alabama lent out a helpful hand to a football program in need as the Crimson Tide opened the doors of its practice facility to the Tulane football team.

The Green Wave shifted its practices to Tuscaloosa due to Hurricane Ida’s movement through the states surrounding the Gulf Coast.

Thank you to @AlabamaFTBL for allowing the Green Wave to come and use their facility. #RollWave 🌊 pic.twitter.com/3WjtilWJs8

Tulane is slated to play Oklahoma this Saturday, while Alabama will be traveling to Atlanta for the Chick-fil-A Kickoff Game against Miami.

“This is going to be a really challenging game for us on both sides of the ball. They’re good on special teams. Their punter is like No. 2 in the nation last year in net punt or whatever. They’ve got really good team speed. These guys play hard. They’re very aggressive, so it’s going to be a very challenging game for us and it’s a big game for our players to sort of establish the identity of what’s this team going to be? Who are we going to be? It doesn’t matter what we’ve been in the past, it’s all about what we do in this game.”