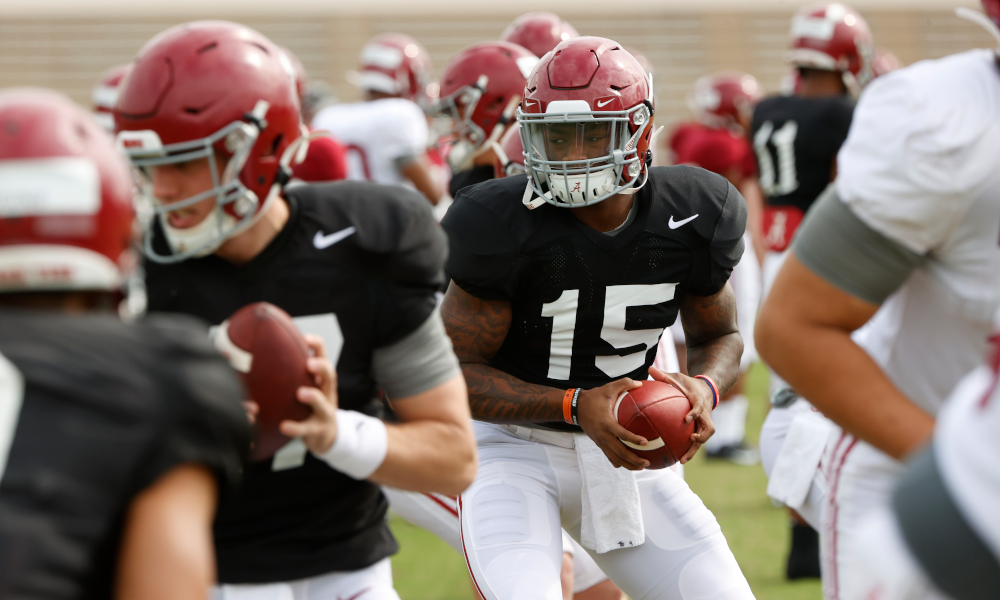 Although the competition for Alabama’s starting spot is all wrapped up as Bryce Young will be leading the offense this season, head coach Nick Saban confirmed the backup spot behind him is still up for grabs.

Saban discussed the battle both redshirt sophomore Paul Tyson and freshman Jalen Milroe will be as the team heads into its game against Miami.

“I think both those guys are in competition for the position,” Saban said during the SEC coaches teleconference on Wednesday. “Paul’s done a nice job. He’s got a good understanding of the offense. He’s very bright. And Jalen (Milroe) is a young player who’s still learning the offense but a very talented guy. Both guys are working hard, and both guys are doing a good job. Hopefully, they’ll continue to progress and hopefully we’ll be able to get them some experience somewhere along the line, as well.”

Tyson is entering his third year in the program and is yet to attempt a pass for the Crimson Tide after joining Alabama in 2018. Milroe is an up and coming 4-star recruit from the class of 2020 and has made solid strides during fall camp.

In a perfect world, Saban will have the opportunity to have both quarterbacks take some game snaps in the early part of the season to solidify the decision.

Before the team even thinks about getting its reserves some action, Saban and the Crimson Tide are revving to go and begin its season against the Hurricanes at the Chick-fil-A Kickoff Game.

“I think our players are really looking forward to the first game,” Saban said. “Long time coming. You work in the offseason, all summer long, spring ball. And this is a very challenging game. I think it’s important that players can stay focused one play at a time. Usually in openers, there’s some things that happen that maybe you’re not prepared for. It’s an opportunity to create an identity as a team, and our preparation has been good to this point.

“So we’re excited about having the opportunity to play in Atlanta. We’re playing against a really good team who’s got a lot of veteran players coming back — 19 out of 22 starters, a couple of other transfer guys that probably can contribute. Really good quarterback, really good skill guys on offense. Some good special teams. Play hard, tough, physical, aggressive on defense. So this will be a real challenge for us.”