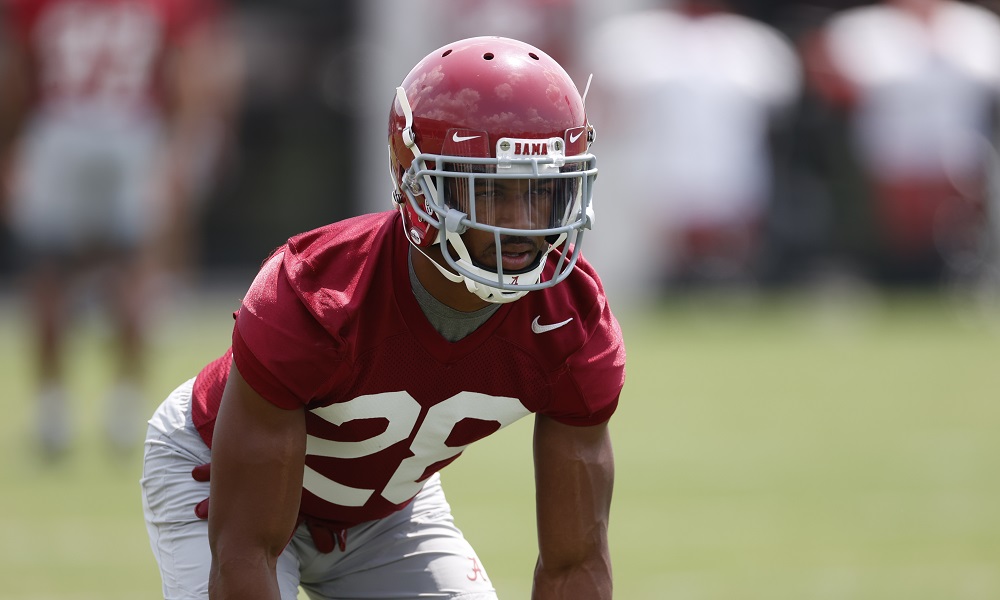 Last week both of Alabama’s starting cornerbacks Josh Jobe and Jayln Armour-Davis didn’t suit up for the team’s home opener against Mercer. The pair suffered injuries head coach Nick Saban and the medical staff didn’t believe would be significant but held them out regardless.

Coming into this week Jobe and Armour-Davis began to practice again and would be further evaluated on what their status would be for Saturday’s road matchup against No. 11 Florida.

Saban gave another update on his corners during his Wednesday press conference, sharing that both players have been full go at practice this week and are looking good.

“They’ve practiced all the plays, they’re out there playing every day,” Saban said to the media. “They seem like they’re doing OK to me.”

Saban also gave an update earlier on outside linebacker Will Anderson who left last weeks home opener with a knee injury. Anderson has been day-to-day for the Crimson Tide but the team was encouraged on Monday after the initial diagnosis.

“Will did practice yesterday, and we’re taking it day by day,” Saban said on the SEC coaches teleconference earlier on Wednesday. “If he continues to make improvement throughout the rest of the week, he certainly could play in the game.”

Alabama will need every able body it can when it travels to Florida this Saturday as conference play kicks off.