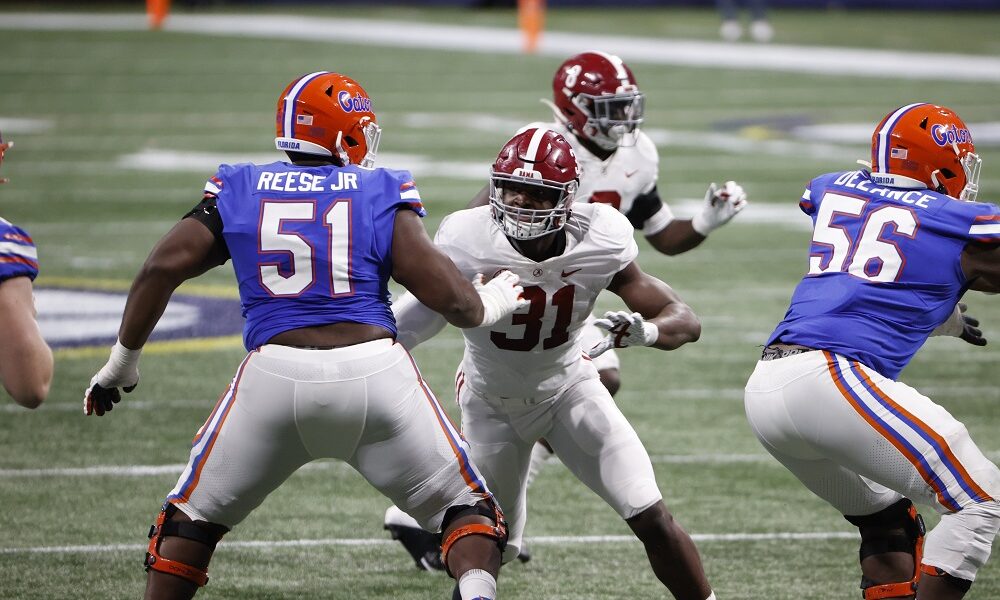 Alabama head coach Nick Saban gave another update on outside linebacker Will Anderson’s availability for Saturday’s game against Florida.

When speaking on the SEC coaches teleconference, Saban shared that Anderson is back at practice and if improvements continue to be made he could have an opportunity to suit up against the Gators.

“Will did practice yesterday, and we’re taking it day by day,” Saban said. “If he continues to make improvements throughout the rest of the week, he certainly could play in the game.”

Anderson sustained a leg injury during the Crimson Tide’s home opener against Mercer last weekend. Following a brief stay in the team’s medical tent, Anderson walked under his own power to the team’s locker room and did not return to the game.

Saban mentioned directly after the win that Anderson would likely be questionable for the next game, but on Monday Saban said the team felt “more encouraged” than it previously was following the game.

Alabama has already struggled with injuries at outside linebacker early on in the season, as senior Christopher Allen is likely lost for the season after suffering a foot fracture in the teams season opener against Miami. Sophomore linebacker Drew Sanders replaced Allen against the Bears and recorded two tackles and two pass break ups.

Should Anderson not be able to go against Florida, Alabama will turn to sophomore linebacker Chris Braswell and talented freshman Dallas Turner to step up in his place.