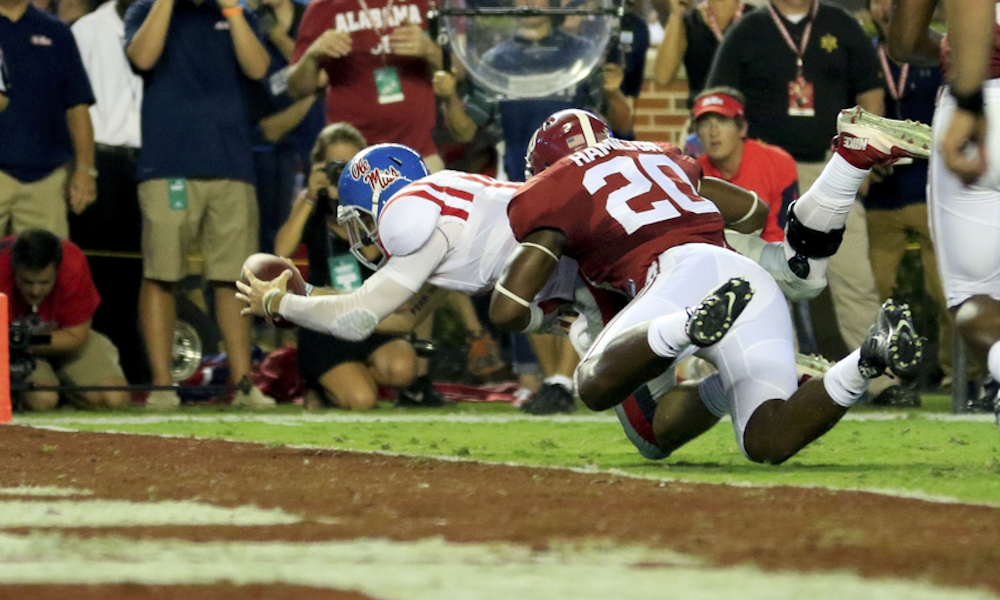 Miami and Florida said they would defeat Alabama, but both failed.

Now, Ole Miss has joined the party. Lane Kiffin and the Mississippi Rebels will face the Crimson Tide in two weeks at Bryant-Denny Stadium.

Alabama has some things to clean up offensively and defensively; however, one former standout for Ole Miss guarantees the Rebels will upset the Tide. Chad Kelly, who started at quarterback for Mississippi in 2015 and 2016, said the national media better stop playing with the Rebels. Kelly said Matt Corral is ‘the truth’ and has Ole Miss handling Alabama.

I bet they win next week too . Stop playing with them rebels ! @corral_matt is the truth ! https://t.co/7vrO0sjPWK

Kelly had a lot of success against Alabama’s defense in his career. He completed 18 of 33 passes for 341 yards and totaled four touchdowns in Mississippi’s 43-37 victory over Alabama in 2015. Despite winning a national championship and Derrick Henry winning the Heisman Trophy, Ole Miss gave Nick Saban’s squad its lone blemish that year. In 2016, Kelly had the Crimson Tide in another offensive shootout. He completed 26 of 40 passes for 421 yards with three touchdowns. Alabama’s defense made some huge plays, including a 75-yard fumble return for a touchdown by Jonathan Allen. The Tide earned a 48-43 win over the Rebels.

Matt Corral is in the Heisman conversation with Bryce Young. Lane Kiffin torched Pete Golding last year, despite Alabama getting a 63-48 victory. Some fans are nervous about the matchup because they know how much Kiffin wants to defeat Saban.

He has had Ole Miss prepared to knock out no one else but Alabama. The contest on Saturday, Oct. 2 will be entertaining.