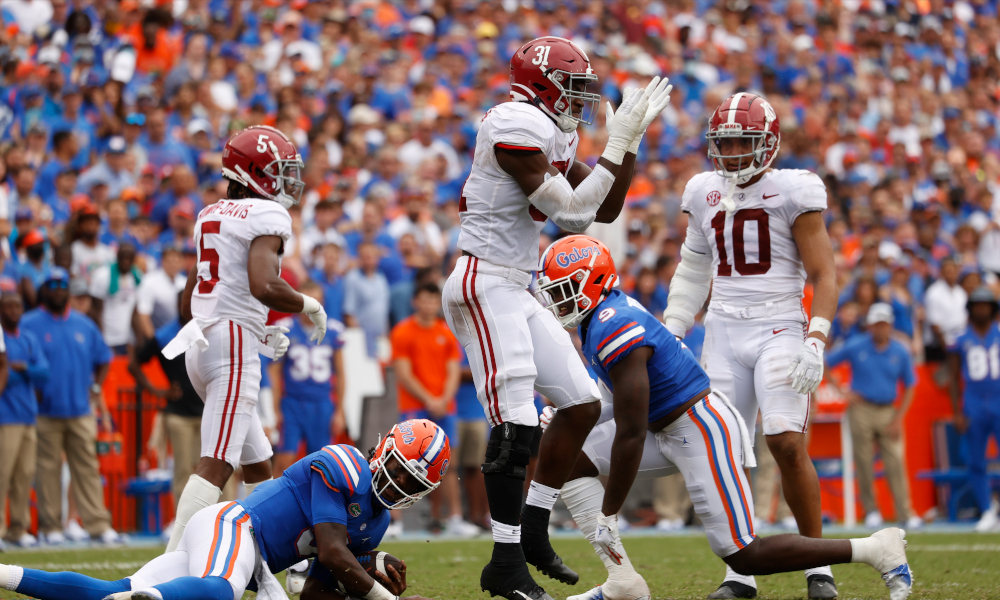 Alabama earned its third win of the season last week, but one would not get that vibe from fans or players.

The Crimson Tide faces Ole Miss in two weeks, and much improvement needs to happen.

Despite a 31-29 victory over Florida, Coach Nick Saban is concerned with the lack of intensity.

Alabama had so many uncharacteristic things happen against the Gators; however, it managed to escape Ben Hill Griffin Stadium with its No. 1 ranking in order.

Saban spoke to reporters about how the team must return to the “Alabama standard,” but it was more refreshing to have one of the team leaders address the issue. Will Anderson, a sophomore outside linebacker, wants the defense to pick up its energy.

Anderson won SEC Co-Defensive Player of the Week for his performance. The 6-foot-4, 243-pounder was credited with seven tackles, 3.5 tackles for loss, and four quarterback hurries.

He was coming off a knee injury versus Mercer, but that did not limit him from affecting the Gators’ offense. Saban mentioned over the summer how he loves coaching Anderson.

The sophomore cares about the team.

Anderson is not one for individual accolades. He prefers seeing the team dominate and be successful as a group.

He was proud of how Drew Sanders, Chris Braswell, and Dallas Turner contributed, but Anderson said there is still room for improvement at outside linebacker.

“I talked to Drew after the game,” he said.

“I think he did a great job stepping in. I feel like we need to start watching more film together. Football needs to start being the most important thing right now. We need to get on the same page in the room because we have a lot of young guys that are trying to come along, and we need to get them prepared.”

Anderson wants greatness from the defense. Saban sees it, and the fans see it too.

Alabama will host Southern Mississippi this week at Bryant-Denny Stadium. The defense has an opportunity to get better.