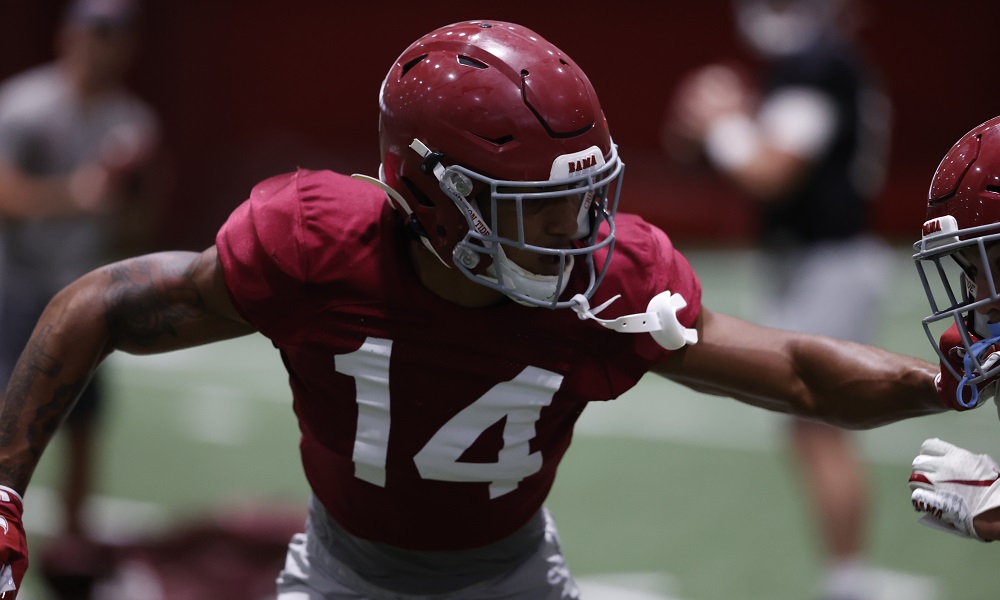 Alabama’s defensive backs rotation has been a bit unusual when looking at the “Star” or more commonly known nickel position. In 2020, then true freshman now sophomore, defensive back Malachi Moore was the primary starter for the Crimson Tide.

The 2021 season has been a bit different for Alabama’s secondary as juniot defensive back Brian Branch has started every game this season at “Star”.

But instead of serving as Moore’s straight up replacement in the secondary, head coach Nick Saban has opted for more of a rotation at the position. It became prevalent in the team’s previous game against Florida when Branch started and played the entire first quarter before being subbed out in favor of Moore in the second quarter.

Moore ended up finishing the game for Alabama, but it wasn’t a traditional benching either. Saban later clarified his stance on the matter during his Monday press conference.

“We want to play both of those guys,” Saban said. “They’re both good players. Both of them have been starters here in the past. We kind of planned to play both players in the game, so that’s just the way we did it.”

Saban isn’t the only one impressed by the play of Moore and Branch as wide receiver Slade Bolden praised the pair’s play at practice.

“It’s a task every day,” Bolden said. “They definitely bring a skill set that is hard to get open, which is good for me becasue when it gets to the game, I’m going against good players but it also prepares me to go against good players that we will compete against. So going against them every day really helps me get better, and I hope I’m making them better as well.”

The two defensive backs have been quite productive in their outings on the field. In three games Branch has recorded eight tackles, one tackle for loss and two pass breakups with Moore posting five tackles and one interception.

But instead of trying to pick between the two safeties, why not try and play both?

Alabama got a taste of having the two share a defensive backfield during the team’s season opener against Miami where safety DeMarcco Hellams was out with a sprained ankle and Moore stepped in to replace him.

In most regards it was Alabama’s best defensive performance of the season, especially in the passing game as it allowed just 179 yards through the air.

The Crimson Tide doesn’t even need to replace someone like Hellams who is fifth on the team in tackles. Either Branch or Moore could serve as the team’s sixth defensive back or the “Money” position in the Crimson Tide’s dime package.

The point is, Alabama should look to try and get both of the talented back end play makers the most opportunities as it can.

Especially with the pass heavy teams it will face in the weeks to come.