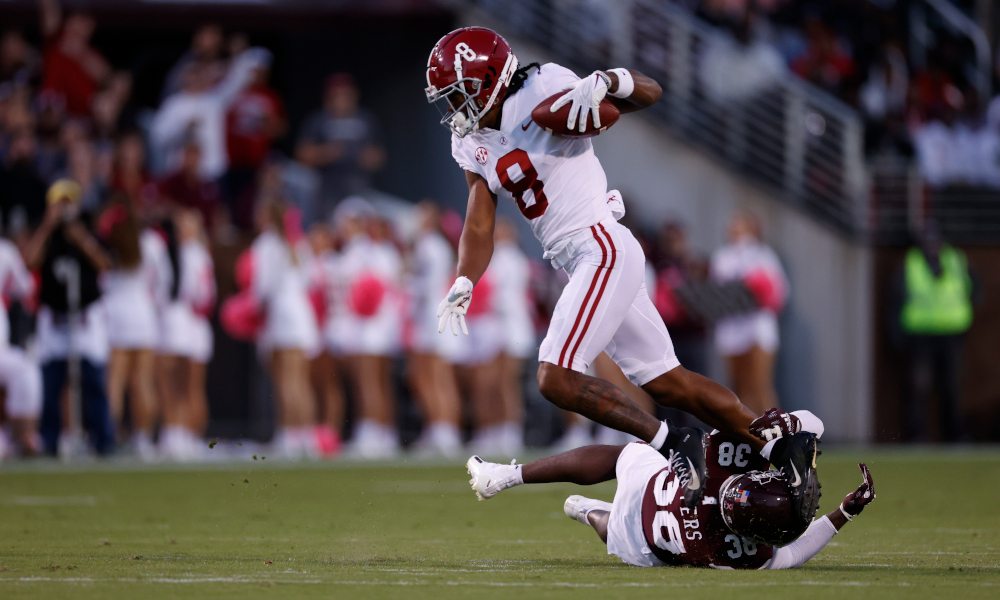 He was hampered by injuries late in the 2020 season and missed spring practice, but John Metchie looked like the No. 1 wide receiver Alabama fans thought it had versus Mississippi State.

The junior from Canada was frustrated with his outing against Texas A&M. He and sophomore quarterback Bryce Young were not in sync at Kyle Field. Metchie was targeted 14 times, yet caught seven passes for 88 yards. He suffered a few drops, and it led to Alabama getting its first loss. The 6-foot, 195-pounder had a better response at Davis Wade Stadium, despite the cowbells.

RELATED: Has Alabama found its identity to compete for another national championship?

He got the Crimson Tide’s offense started with a 46-yard touchdown in the first quarter. The Bulldogs had an all-out blitz called, and Metchie was Young’s hot read on the play. When he caught the ball, the talented receiver got a block from Slade Bolden and found himself in the end zone. Metchie recorded his first score since the Ole Miss game. He averaged 16.7 yards per catch, while five of his seven receptions resulted in first downs or scores. It was his first 100-yard performance of the season and third of his career. He equaled his season-high for receptions (seven) and has a new season-high in yards per catch (16.7).

Metchie is a candidate for the Fred Biletnikoff Award.

He leads Alabama for receptions (41) and has 480 yards receiving with three touchdowns.

The Tide needs for him to be a consistent threat. It was good to see him be the “go-to” receiver for Young.