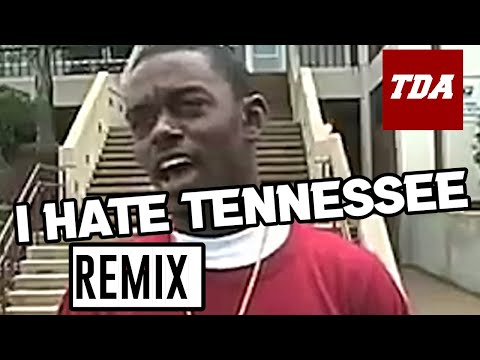 If you want a song on repeat for the Alabama-Tennessee game, you might want to have the “I Hate Tennessee” remix from Touchdown Alabama Magazine rolling.

The remix has become an instant classic on social media, as TDA pays respect to Irvin Carney.

Carney, a graduate of the University of Alabama, became a viral sensation in 2007.

As a sophomore, he was approached by a journalism student during the week of the Tennessee game. Carney was outside of Fresh Foods when he asked about the game, and why he hates Tennessee. He would unleash a rant that included Philip Fulmer, dogs, garbage trucks, pumpkins, Neyland Stadium, and the color orange. Since then, the video has been shared by millions of people each year. His interview would change the culture of how people saw the rivalry, and it became the video to prepare Alabama fas for Tennessee Hate Week.

It has been 15 years, but Carney’s words have stood the test of time.

Alabama has won 14 straight games against the Volunteers since 2007.