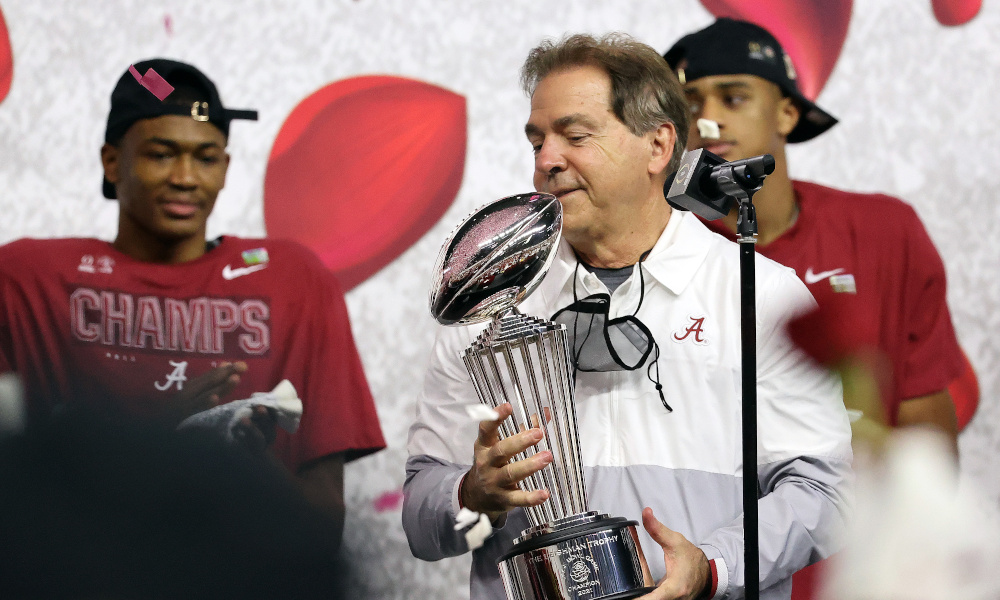 The stage is set at HardRock Stadium (Miami Gardens, Fla.) for a classic winner-take-all matchup between two story-filled schools for a College Football Playoff National Championship.

Both programs have elite head coaches, passionate fans and marquee talent on its rosters.

RELATED: Eddie George, Buckeyes’ legend, said he sees ‘no one that can play with Ohio State’ including Alabama

Nick Saban is trying to win his seventh national championship in his coaching tenure, which would surpass Paul W. “Bear” Bryant for most all-time by any college football head coach.

In coming after Urban Meyer, Ryan Day seeks his first championship as head coach of the Buckeyes.

With the matchup showcasing good on good, yours truly of Touchdown Alabama Magazine previewed next Monday’s game to end the 2020 season.