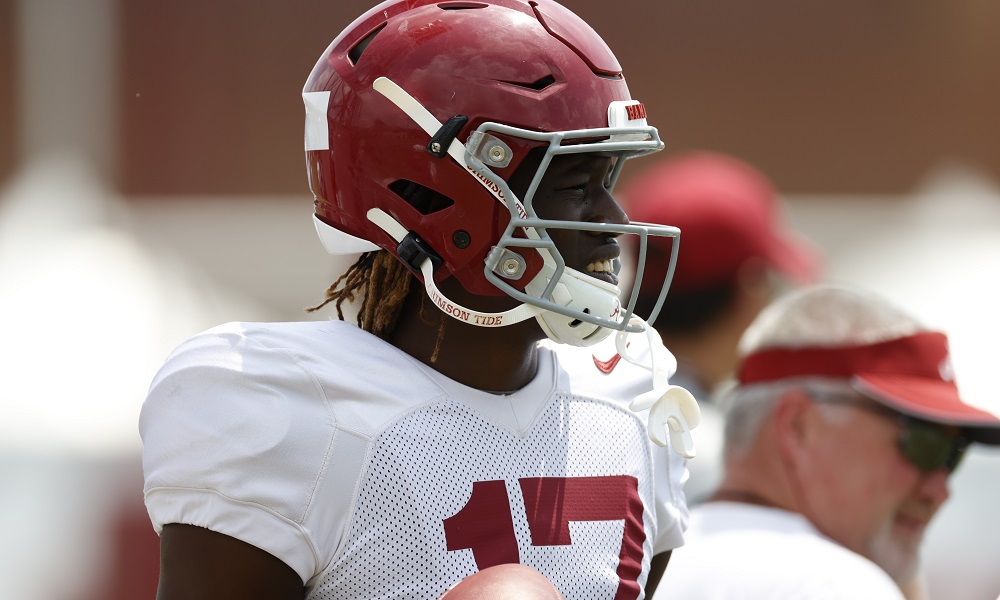 Following the game, head coach Nick Saban was asked about the status of Hall for the foreseeable future.

Hall was missing from the team’s sidelines a week ago against Mississippi State and posted a cryptic tweet following the game.

On the year, Hall has appeared in three games for the Crimson Tide and has caught one pass for 10 yards which came in the team’s season opener against Miami.

“It is what it is,” Saban said on Monday when asked about Hall. “But look, it still comes down to the players creating value for themselves by what they do. I’ve said this before, that there’s players that have talent but they have to learn how to use it and they have to use it in an effective way in the way they practice.

“It’s up to the player to impress the coaches that they can be trusted to go in the game and do what they’re supposed to do. So when players get frustrated, they sometimes don’t respond the way they should in terms of their preparation and focusing on what they need to do to become a good player because they’re so concerned about how much they’re playing.

“If players are competitors they probably will be frustrated that they’re not playing. But it’s how do you respond to that? What do you do to respond to that in a positive way that’s gonna help you improve your circumstances in the future? And the way to do that is do the right things and go out and practice and play well so that not only but your teammates and everybody in the organization can trust you to go do what you’re supposed to do.”