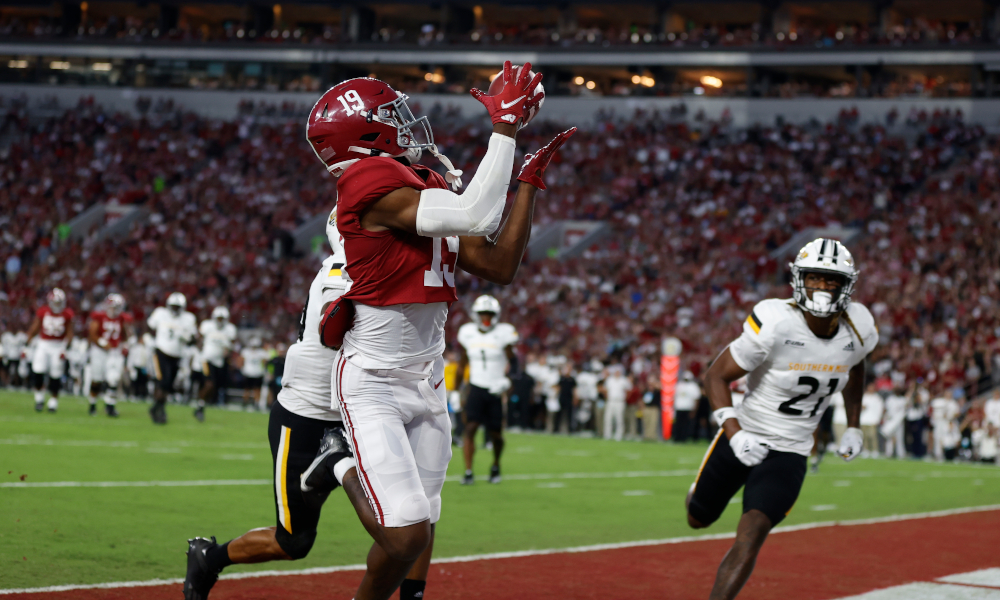 The tough love continues for Nick Saban to Jahleel Billingsley.

It started at Alabama’s preseason camp, but Crimson Tide fans thought it was over after a photo surfaced on social media of Saban and Billingsley having a conversation versus Miami.

A native of Chicago, Ill., Billingsley would grab two touchdown receptions in matchups versus Florida and Southern Mississippi. The talented junior at tight end posted his first 100-yard performance against the Golden Eagles.

People thought he was trending back to his successful sophomore campaign; nevertheless, he’s gone missing from the offense since the USM game.

In 2020, fans were impressed with Billingsley as he recorded 18 catches for 287 yards and three touchdowns. He had nearly 16 yards per catch (15.9) under Steve Sarkisian.

RELATED: Bryce Young and Will Anderson named semifinalists for Walter Camp Player of the Year Award

NFL scouts projected him as a possible first-rounder for 2022, but it has not been that way.

Coach Saban has hope for Billingsley to contribute, but he must pick it up offensively.

Saban said the team misses Billingsley’s production, but he must take advantage of opportunities on the field.

“He’s gotta play fast,” Saban said about Billingsley on Wednesday. “He can’t drop the ball. So, yeah do we miss his production? Yeah, but we need him to play like he’s capable of playing.”

The 6-foot-4, 230-pounder has been challenged all year. Billingsley has seen his teammate, Cameron Latu, gain more chances at the position. Despite having some dropped balls, Latu does have five touchdown catches.

As good as he is, Billingsley brings more special qualities at tight end than Latu.

Alabama is going to need him to shift things in gear and get rolling as an impact player.

Billingsley has 11 catches for 186 yards with two scores after nine games.