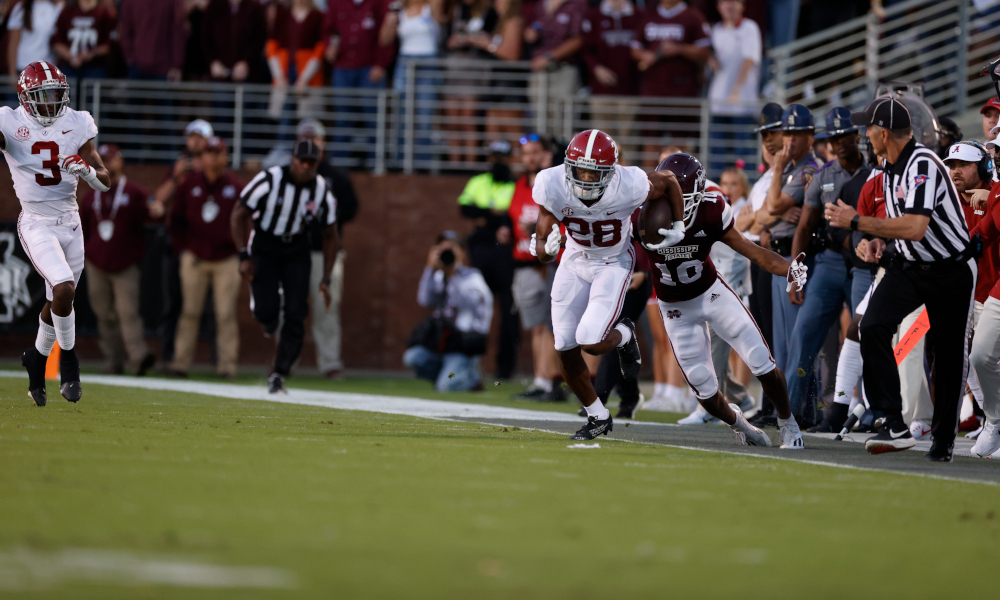 Josh Jobe is a good cornerback for Alabama, but he has the skill set to be better.

As a senior leader, he has had a decent year for the Crimson Tide in its secondary.

He has made some plays, including one interception and four pass breakups, but he’s also had some mistakes too. Jobe averages one to two pass interference calls per game and has been caught out of position. During the Tennessee matchup, he was not lined up properly and the wide receiver ran by him for a 70-yard touchdown.

Opposing quarterbacks pick at Jobe because they sense a big play can be created against him.

RELATED: Could Alabama and Texas swap coaches at the end of the season with Steve Sarkisian’s job in jeopardy?

He has the physical makeup of a first-round pick, but it’s time for him to turn it up. According to Pro Football Focus, Jobe is not even the best cornerback for Alabama. Jalyn Armour-Davis, a redshirt junior, has a better grade. A native of Mobile, Ala., he is ranked at No. 46 at the position with a 78.6 rating. Armour-Davis has a coverage rating of 78.6 on 330 coverage snaps.

He carries a 67.8 coverage rating on 340 coverage snaps in nine games for Alabama.

Both players have four breakups, but Armour-Davis has a team-high three interceptions. In the preseason, Jim Nagy tweeted Jobe as an early-round defensive back for 2022. The executive director of the Reese’s Senior Bowl likes the Miami (Fla.) native, but it is time for him to prove it. Last year, Jobe was second to Patrick Surtain II for breakups (11) and was strong in coverage.

He has picked up his intensity in back-to-back weeks versus LSU and New Mexico State.

Jobe recorded a breakup in each game and did not surrender big plays. He has to carry that mentality into Arkansas and Auburn to finish the regular season.

Jobe must show he is not a liability this week as the Tide goes after an SEC West crown.