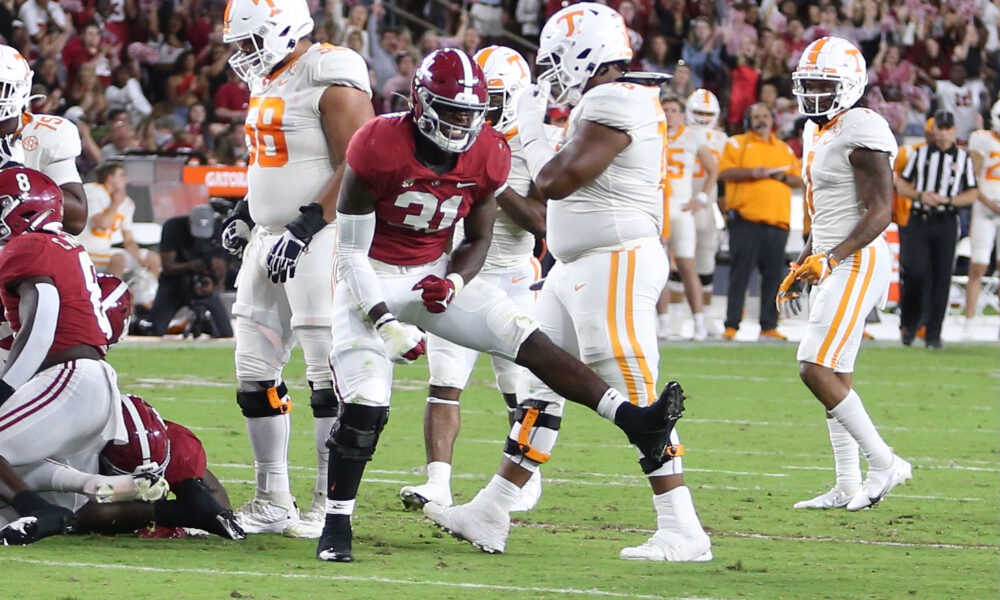 Will Anderson is one of the most dominant defensive players in college football.

As a sophomore, no offensive mind has been able to neutralize him from attacking its quarterback. He averages one sack and nearly four tackles for loss per game. Anderson won SEC Defensive Player of the Week five times and is four sacks from being second all-time in Alabama history for a single season. Despite his efforts, he was not named a finalist for the Butkus Award.

People have equated the native Georgian more as a defensive end than a linebacker.

However, the Lott IMPACT Trophy is another major defensive honor. It goes to college football’s Defensive IMPACT Player of the Year.

IMPACT is an acronym for Integrity, Maturity, Performance, Academics, Community, and Tenacity. Anderson embodies these qualities as a second-year player and is one of the reasons Alabama is competing for a national championship.

According to Brett McMurphy of Stadium, Anderson was not selected as a semifinalist for the IMPACT Trophy.

He faces Georgia on Saturday for an SEC title showdown.

Alabama fans are furious on social media. They see this as “Bama fatigue” on behalf of these organizations.

Did Will Anderson Jr. quit the team? https://t.co/yYcMEmWk7Y

Guess Will Anderson quit playing or something. How is he not on this list? https://t.co/t3DgFFH2Rd

The nations sack leader is not in consideration for the top defensive player. https://t.co/JQQPMHTzjV

Did Will Anderson die or sum?? What am I missing?? https://t.co/NtGz6iRmKJ

I’m not understanding why Will Anderson is being snubbed for these defensive awards https://t.co/Y8RZt83jrE

I’ve read this tweet like 20x’s just to make sure my mind is not playing tricks on me. WHERE TF IS WILL FKNG ANDERSON THE SECOND???? @TheLottTrophy DONT PLAY WITH ME. https://t.co/gxKYe2UOz5

I believe you misspelled Will Anderson https://t.co/cNIrCucAn1

So Will Anderson Jr isn’t one of the best defensive players in college football? I must be watching the wrong sport lol https://t.co/FvkZD5BsmG

The fact that Will Anderson isn’t on here shows how idiotic this is. https://t.co/bW7TkB1zPp