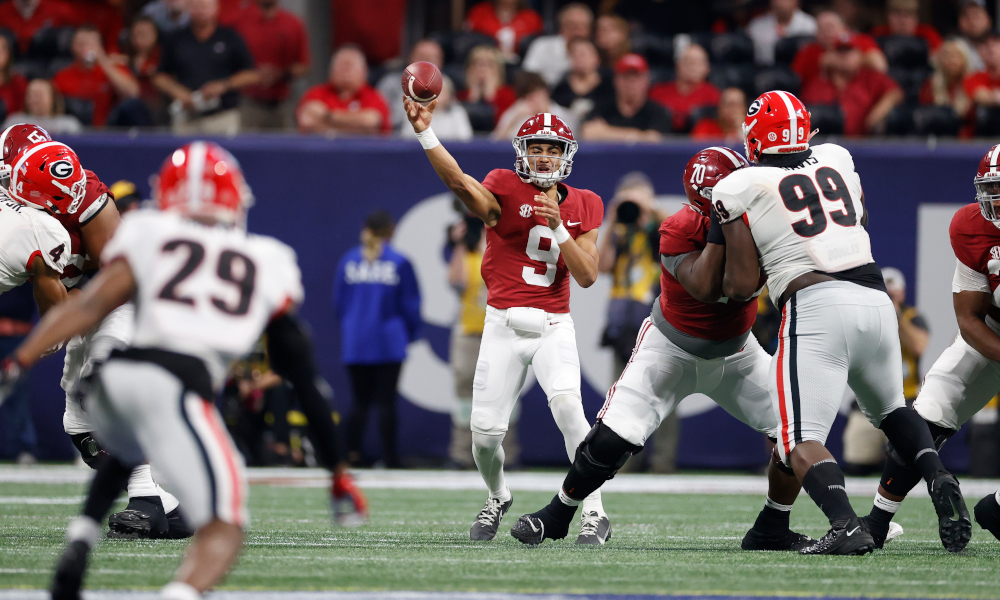 Nick Saban has produced a Heisman-winning quarterback for the University of Alabama.

The sophomore won the coveted bronze award in New York City on Saturday night over C.J. Stroud (Ohio State), Kenny Pickett (Pittsburgh), and Aidan Hutchinson (Michigan). Young turned in an incredible season with 4,322 passing yards, 43 touchdown passes, and three rushing touchdowns. As a first-year starter, he is second to Mac Jones for single-season passing yards in school history while sharing the record for touchdowns with Tua Tagovailoa. Young’s performance in the SEC Championship Game against Georgia sealed the Heisman campaign.

Coach Saban had AJ McCarron (2013) and Tagovailoa (2018) attend New York as Heisman finalists, but he has a winner to bring the trophy to Tuscaloosa.

The Tide has a Heisman winner at three different offensive positions.

Congratulations to Young and the Crimson Tide.