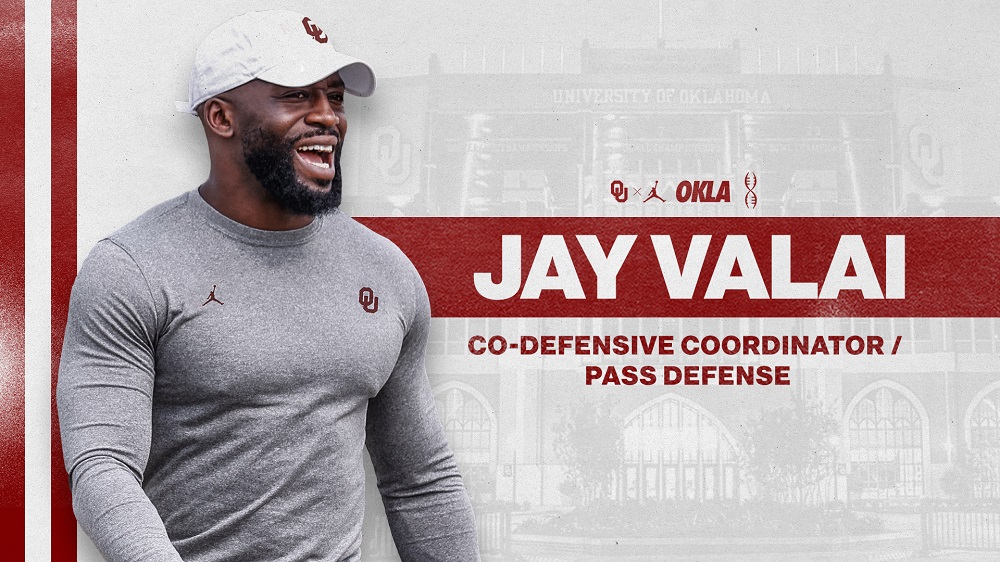 Venables completes coaching staff with the hiring of @JayValai!

Valai was Alabama’s cornerbaks coach during the 2021 season. He thanked Nick Saban and the Alabama football program in a farewell tweet before the Sooners made the announcement. The Texas native complimented Saban and his wife Miss Terry in his farewell message.

“Mrs. Terry and coach Saban AKA the GOAT have been amazing to my family and me,” Valai wrote. “As incredible as it was to talk scheme and strategy with him, people will never know how good of a man he is.”

The search for Alabama’s next defensive back coach is expected to begin immediately.