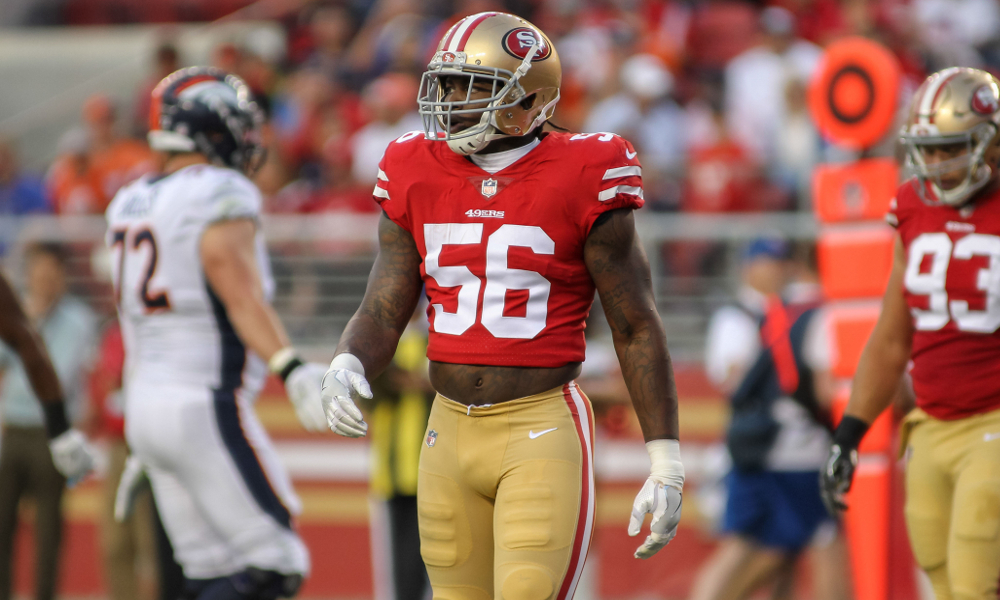 Alabama’s hardest-hitting linebacker in the Nick Saban era is making an NFL comeback.

Reuben Foster has been out of the league since late 2020, but he is working out with the Miami Dolphins. Barry Jackson, who covers the team for the Miami Herald, reported the news today. Foster was selected in the first round (No. 31 overall) of the 2017 NFL Draft by the San Francisco 49ers. He showed promise, but off-field issues led to him getting released from the team.

Per source close to team, Dolphins today are working out former Alabama All American LB Reuben Foster, the 31st overall pick in 2017 (Washington) who missed 2019 and 2020 with major knee injury. Health fine now and he’s looking for comeback. Overlapped with McDaniel in SF in 2018

Foster got picked up by the Washington Redskins/Football Team/Commanders on Nov. 27, 2018.

He stayed out of trouble off the field, and Washington was hopeful he would make an impact on defense. Foster suffered another setback in May 2019 as he tore his anterior cruciate ligament (ACL) and lateral crucial ligament (LCL) in his knee during his first practice. He was placed on injured reserve and was activated once before getting cut. Foster wants to show the National Football League why he was a force at the University of Alabama. He arrived in Tuscaloosa as a five-star from Auburn (Ala.) High School in 2013.

Foster was primarily a special teams player until he earned the starting job at weakside “Will” linebacker in 2015. He terrorized opponents next to Reggie Ragland, totaling 73 tackles, eight tackles for loss, a sack, nine pass breakups, and three quarterback hurries. Foster pushed the Crimson Tide’s defense to a College Football Playoff National Championship in 15 games.

He started as a middle “Mike” linebacker in 2016 and captained an insane defensive unit. Foster led the team in tackles (115) and recorded 13 stops for loss, five sacks, eight quarterback hurries, and two breakups. He anchored a group that had 54 sacks, 118 tackles for loss, 80 quarterback hurries, 17 forced fumbles, eight fumble recoveries, 16 interceptions, and 11 touchdowns.

Foster earned Unanimous All-American and first-team All-SEC honors. He became the fourth Tide linebacker to win the Butkus Award, joining Derrick Thomas (1988), Rolando McClain (2009), and C.J. Mosley (2013) as the best at the position.

Hopefully, the workout in Miami goes well for Foster and he makes the team.