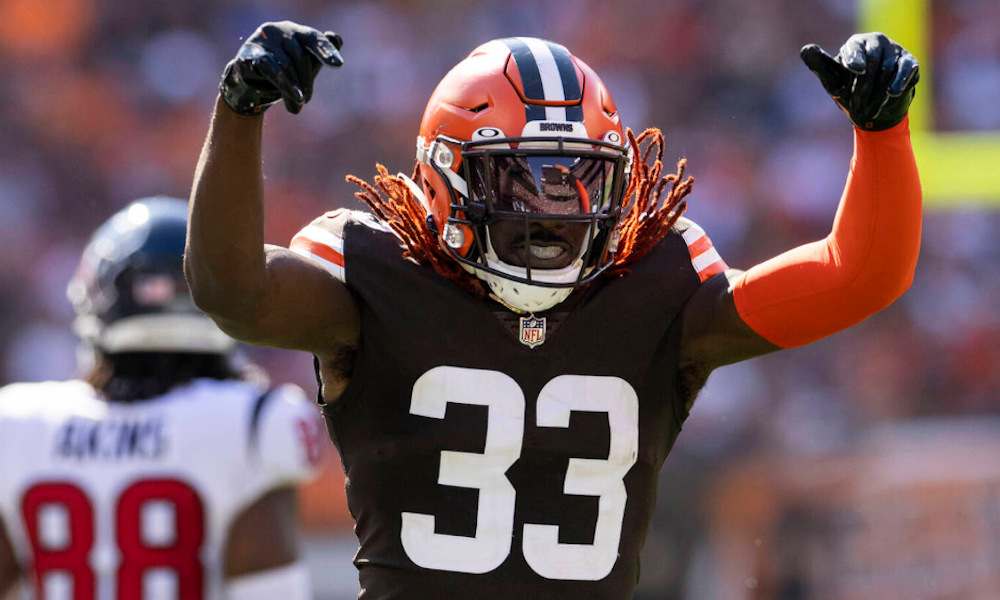 Ronnie Harrison is returning to the Cleveland Browns on a one-year deal.

ESPN’s Adam Schefter reported the news on Friday as Harrison re-signs with the Browns.

Free-agent safety Ronnie Harrison is signing back with the Browns on a one-year deal, per his agents @DrewJRosenhaus and @RyanMatha.

Harrison spent the last two seasons in Cleveland after getting traded from Jacksonville to the Browns on Sept. 3, 2020.

RELATED: Alabama players are ‘locked in’ and ‘looking faster’ for this season, according to strength staff

The Jaguars got a fifth-round pick in exchange for the safety. Harrison has played 23 games for the Browns, totaling 96 tackles, two sacks, two interceptions, 10 pass breakups, and one touchdown. He brings experience to Cleveland’s defensive backfield.

Harrison got selected in the third round of the 2018 NFL Draft by the Jaguars. He played 28 games — including 21 starts — from 2018 to 2019. He recorded 103 tackles, three sacks, 12 pass breakups, and three interceptions. Before turning pro, Harrison became an elite safety at the University of Alabama. As a native of Tallahassee, Fla., he played in 44 games for the Crimson Tide.