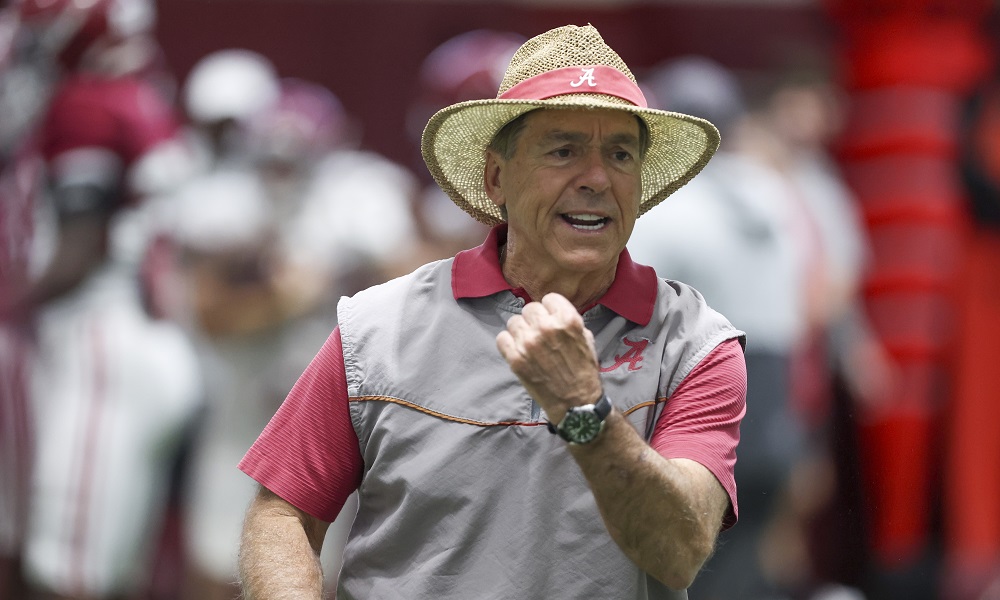 To say Alabama players have had success at the next level is an understatement. Last season the Crimson Tide led all major colleges with 54 former players on active rosters ahead of the season’s kickoff.

Shipping players to the next level has been a major recruiting point for head coach Nick Saban and added another point to his pitch ahead of an appearance at a fundraiser for Team Focus which is a youth mentoring organization. During his media availability session, Saban claimed that former Alabama players have made nearly $2 billion playing in the NFL since he first took over in 2007.

“Somebody gave me a stat that our players have made $1.7 billion in the NFL since 2007,” Saban said according to AL.com. “And all those guys didn’t play when they were sophomores. They didn’t even all play when they were juniors, but they all developed.”

Saban shared the number when asked what adjustments he would make to the transfer portal. Alabama has been a beneficiary of the new rules of the transfer portal, especially when looking at the likes of Jameson Williams, Henry To’oTo’o, Jermaine Burton and Eli Ricks amongst others. But Saban still believes college football is about having resiliency and developing in the system that will make you successful.

He used a few former players as examples of players who were able to overcome a lack of early playing time and still develop solid careers for themselves.

“Everybody has an opportunity to go wherever they want, to go whenever they want to go,” Saban said. “And if we think that’s good for the development of young people, I guess it’s OK. But I think everyone that’s successful in life has resiliency and perseverance… Mac Jones was in the program for three years and worked and developed so he could be successful. (Brian Robinson) was a five-year guy that didn’t play much and had a great career, and now he has an opportunity to play at the next level.”

Since taking over as the head coach of Alabama, Saban has seen 106 players drafted in the NFL with 39 coming in the first round.