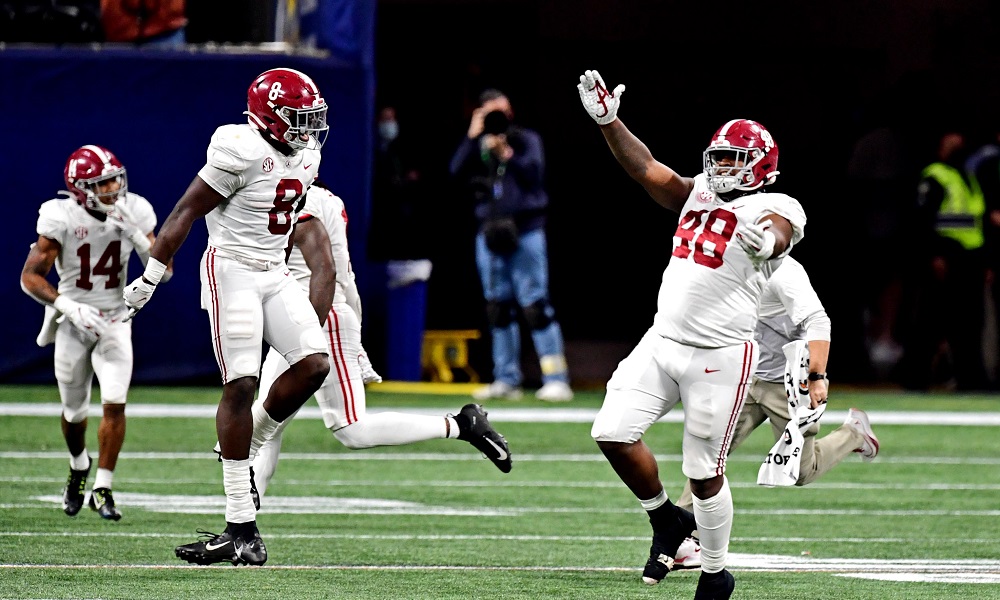 Phidarian Mathis and his family were full of joy on day two of the NFL Draft.

Mathis got a call on Friday of last week from the Washington Commanders. He was excited to hear Coach Ron Rivera’s voice as Mathis would be made the newest member of the Commanders. During the celebration, Mathis hilariously left Rivera on hold.

RELATED: Christian Harris cried tears of joy when the Texans selected him in the NFL Draft

Rivera mentioned to the people in the Commanders’ draft room that Mathis’ family was celebrating.

Washington selected Mathis at No. 47 overall in the second round.

As a Louisiana native, he joins former Alabama greats Jonathan Allen and Da’Ron Payne on the defensive line. Mathis had a dominant campaign in 2021 as he chose to return to the Crimson Tide for his fifth season. He collected 53 tackles (12 for loss), nine sacks, six quarterback hurries, two pass breakups, two fumble recoveries, and a forced fumble. The 6-foot-4, 312-pounder earned second-team All-SEC honors, second-team All-American honors (AFCA), and permanent team captain honors from his peers. Mathis came to Alabama in 2017 as a four-star prospect. He won two national championships and three SEC titles.