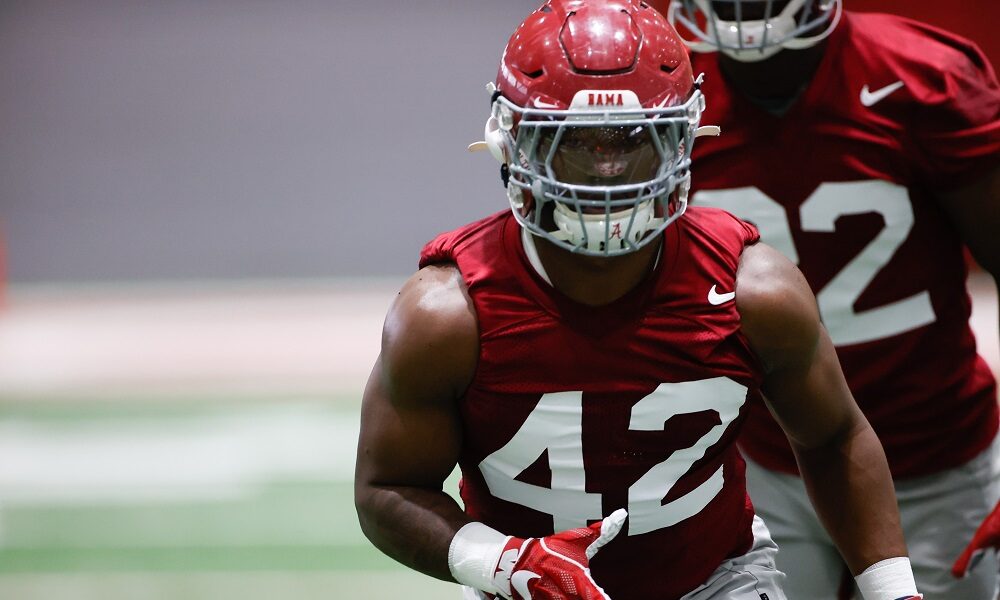 Jaylen Moody has waited five years to be a starting linebacker for the University of Alabama.

He arrived in 2018 as a three-star from South Carolina and developed into the playbook. Moody has seen time on special teams and defense, but he’s earned Nick Saban’s trust. The 6-foot-2, 225-pounder has been on three Southeastern Conference Championship teams (2018, 2020, 2021) and a College Football Playoff National Championship team in 2020.

RELATED: Bryce Young is working out with transfer WR Jordan Addison, per report

He has filled in for injured players and stepped up in big moments off the bench. Moody withdrew his name from the NCAA transfer portal and returned to the Tide because he wants to be dominant in Tuscaloosa. Coach Saban knows Moody has what it takes to help the defense become the best in college football in the fall. He sat behind Mack Wilson, Dylan Moses, Joshua McMillon, Christian Harris, and Shane Lee (transferred), but Moody is excited to grab this chance by the horns as a starter.

He posted photos on Instagram with the caption, “I finally got the ball N my court and I ain’t gonna lose it.”

Moody has wanted to be with the Crimson Tide. He is prepared to end his career on a high note.