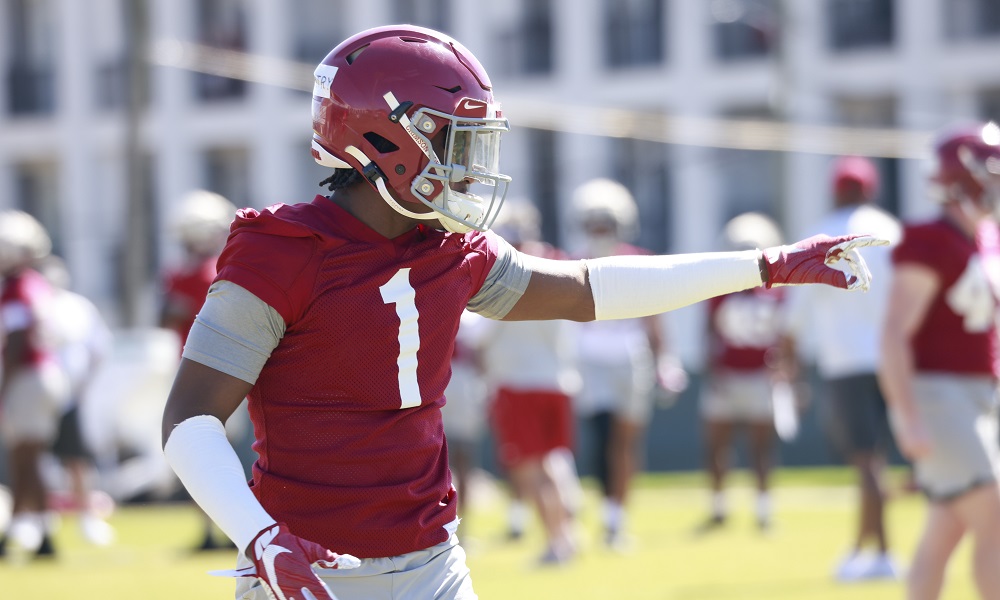 Kool-Aid McKinstry made the All-SEC Freshman Team in 2021, but the Alabama cornerback wants more.

He’s been training with Justin Woodall (former Crimson Tide safety) and Leonard Stephens (Step-By-Step Performance) in the offseason to prepare for his sophomore campaign. As a former five-star, McKinstry totaled 25 tackles, a sack, an interception, and a pass breakup in 15 games. He assisted Alabama to a Southeastern Conference title and a CFP National Championship Game appearance. McKinstry went to Coach Stephens in Birmingham on Monday to get some light upper body explosive work done.

Koolaid McKinstry getting some light work in as he prepares for a pivotal sophomore season.

Per Stephens, McKinstry knows what to do as a cornerback after having a year in the system.

The 6-foot-1, 188-pounder is teaching young guys on defense, but he’s prepared to be impactful. McKinstry is battling Eli Ricks (transfer) and Khyree Jackson for a starting job at cornerback. He is about to show why he was regarded as an elite talent out of high school. Crimson Tide fans look forward to seeing McKinstry frustrate wide receivers and generate turnovers on the field.