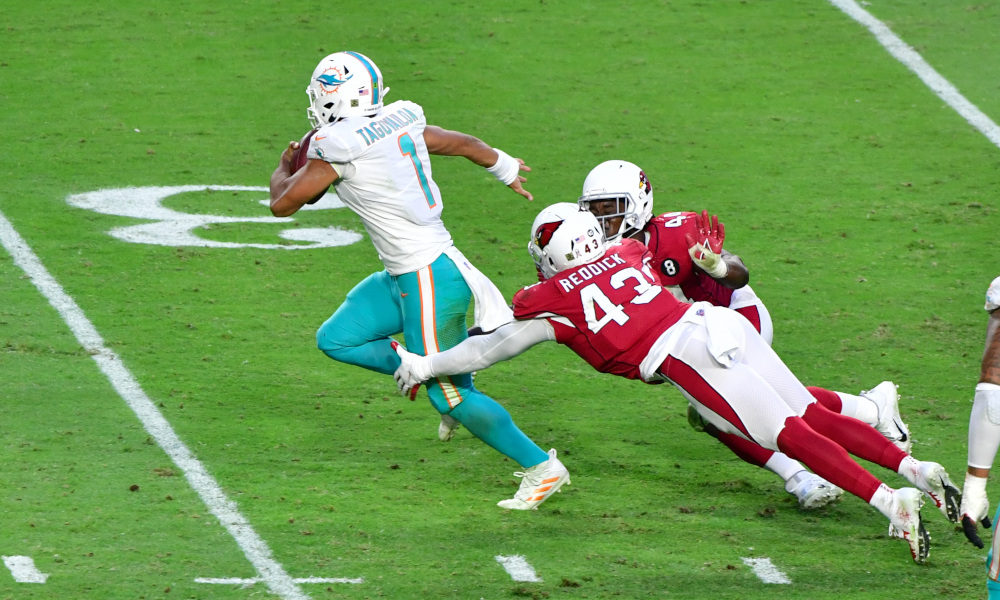 Tua Tagovailoa produced some good numbers in 2021 as a first-year starting quarterback for the Miami Dolphins.

He endured injuries, but Tagovailoa had 2,653 passing yards and 19 total touchdowns.

RELATED: Bo Scarbrough is expected to join the Birmingham Stallions of the USFL

He recorded six games with a completion percentage of 70 or better and five games with a passer rating of 100 or higher.

The Dolphins changed from Brian Flores to Mike McDaniel, taking a more offensive approach. McDaniel is focused on making Tagovailoa a star signal-caller in the National Football League, and he has assembled a coaching staff, talent in free agency, and NFL Draft talent to help him out.

Tagovailoa knows the expectations are high for him, so he has improved his body.

He showed up for offseason workouts looking noticeably bigger and stronger. The native Hawaiian has the arm talent, but his physical make-up and athleticism will be pivotal heading into his third season. Tagovailoa has an opportunity to be one of the best young quarterbacks in the league. As he’s gotten more comfortable, all eyes will be on him to make a massive jump in the fall.