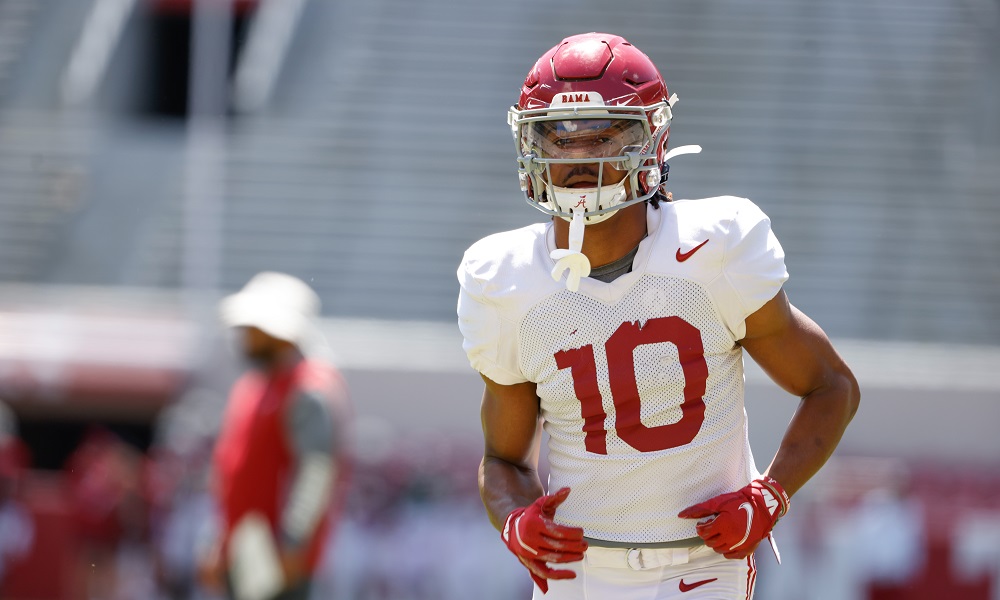 Alabama will be down another offensive weapon for an extended period of time.

Nick Saban revealed during his press conference on Wednesday that sophomore wide receiver JoJo Earle has suffered a Jones fracture in his foot. Although his timetable for return isn’t set in stone, Saban said these types of injuries take roughly six to eight weeks to recover.

“The only injury that we have is JoJo got a Jones fracture in his foot in practice a couple days ago,” Saban said. “Those things are probably six to eight weeks. We’ll just have to see how it goes. But hopefully, maybe Oct. 1 or something like that, he’ll be close to being ready to come back.”

Prior to his injury Saban said that Earle was performing well in fall camp and gaining much more confidence in the offense.

“He was doing a really, really good job, having a really good camp,” Saban said. “Probably the best he’s been consistently. Just saw a guy that grew up and was playing with a lot of confidence. We’ll miss him for a while but want him to get well and I’m sure he’ll contribute to the team at some point in this year.”

During his freshman season in 2021, Earle saw action in 12 of Alabama’s 15 games, as he missed time with a leg injury suffered against New Mexico State. On the year, Earle caught 12 passes for 148 yards while also serving as a return specialist for the Crimson Tide.

Earle is now the sixth Crimson Tide player to go on the injured list this fall camp as Saban previously announced that Cameron Latu, Aaron Anderson, Earl Little, Elijah Pritchett and Isaiah Hastings would all be missing time.