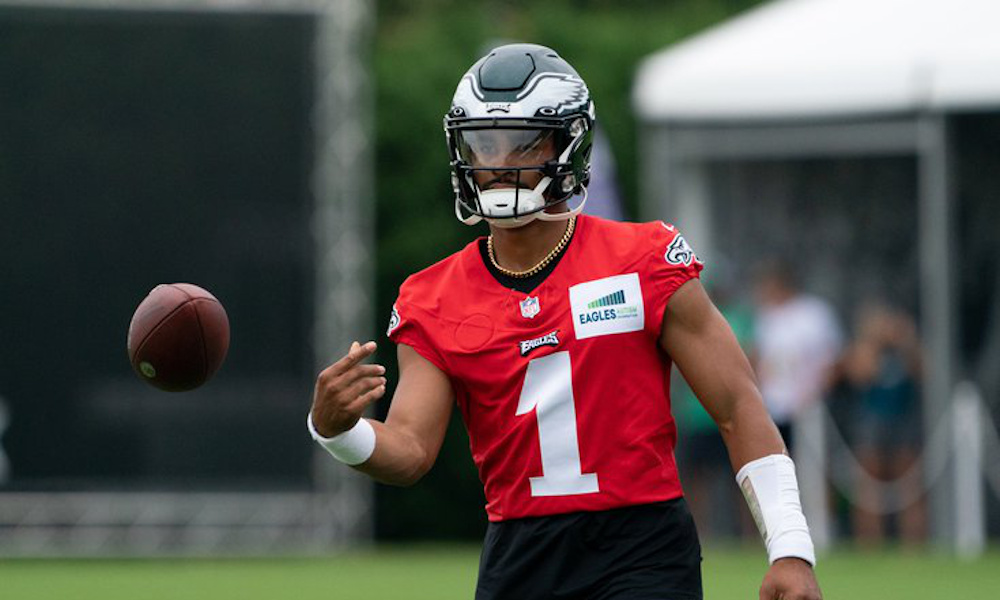 Jalen Hurts is having a successful training camp for the Philadelphia Eagles ahead of his third season.

As the starting quarterback, he has chemistry with A.J. Brown, DeVonta Smith, Quez Watkins, and other receiving options.

RELATED: Joe Cox heralded as one of the ‘brightest young coaches’ by Nick Saban

Philadelphia has a belief that Hurts is the signal-caller for them. He learned a lot about football from watching his father, Averion Hurts Sr., and brother, but Jalen decided to pay homage to his college head coach. Hurts discussed a few things in Wednesday’s presser he learned from Nick Saban at Alabama. He played for the Crimson Tide from 2016 to 2018, helping the program to two Southeastern Conference Championships (2016, 2018) and a College Football Playoff National Championship in 2017.

He has developed great relationships with his teammates, but Hurts’ leadership comes from his time under Saban. 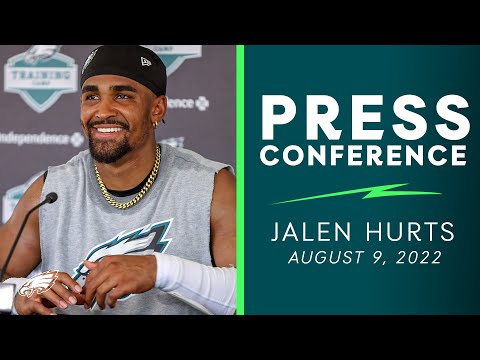 *Jalen Hurts talks about relationship building and things learned from Coach Saban at the 4:15 mark

“Two things come to mind when you think about the value of relationships,” Hurts said. “One was my childhood. Being a coach’s kid, seeing how my dad was with players, I was always the kid in the locker room with teenagers, and I probably heard things I was not supposed to hear. But, I saw the importance of being around your teammates. And then, Coach Saban, my time at Alabama, and the whole college experience helped me. Those are two experiences that enforced me to spend time with my teammates and hold relationships in high regard.”

RELATED: Jahmyr Gibbs plays like a wide receiver for Alabama, per Will Anderson

Hurts has a relationship with DeVonta Smith from Alabama and a friendship with A.J. Brown. He has connected with everyone on the Eagles since getting selected in the second round of the 2020 NFL Draft. Hurts has also connected with his head coach.

Nick Sirianni arrived at Eagles camp with a Jalen Hurts t-shirt on. He is about winning and relationships, but it is good to see Hurts hold firm to what he learned from Coach Saban.