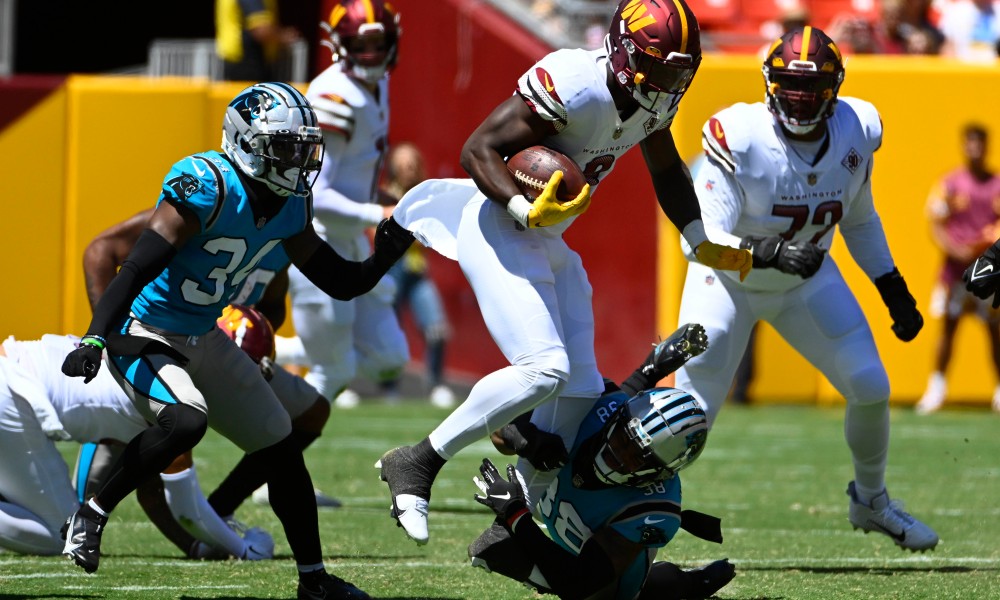 Brian Robinson ran with patience, intensity, and purpose at the University of Alabama.

As a Tuscaloosa native, he finished his final collegiate season with 1,343 rushing yards and 14 touchdowns. His output for single-season yards was ninth in school history and his 29 career rushing touchdowns are tied for tenth. He entered the 2022 NFL Draft and got selected in the fourth round by the Washington Commanders. Ron Rivera is an old-school, pound-the-ball coach, and Washington has a physical back with Robinson. He’s performed well in training camp and earned his first touchdown of the preseason in Saturday’s matchup against Carolina. Robinson got featured a lot on the Commanders’ third drive of the game.

He touched the ball eight times — including two catches — on a 14-play drive. Robinson had 26 yards rushing, but he ran with toughness, patience, and discipline. He set up holes nicely and had a long run of 11 yards. The 6-foot-1, 225-pounder ended the 82-yard drive with a 1-yard touchdown. Robinson looks forward to scoring more in the preseason and regular season.

He brings a bruising style to Washington, a team that has a scary defense.

RELATED: What happened inside Alabama’s first scrimmage of preseason camp?

Robinson won two College Football Playoff National Championships at Alabama and three Southeastern Conference Championships. He is now pushing to bring success to the Commanders. Robinson’s off to a good start in the pros.