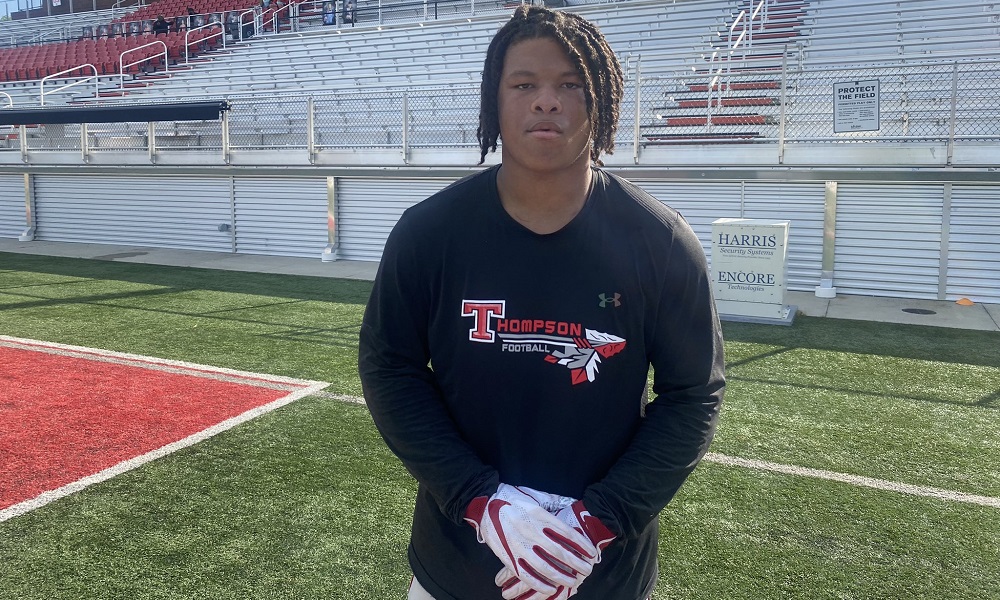 Woods is a product of Thompson High School in Alabaster, Alabama. He is undoubtedly one of the top defensive line prospects in the country.

Clemson secured a commitment from Woods in July, beating out Alabama, Florida and Oklahoma. The Crimson Tide have not stopped recruiting Woods despite his pledge. Alabama’s defensive line coach Freddie Roach was in attendance to watch Woods, Tony Mitchell, Jaylen Mbakwe, Mario Craver and others Friday when Thompson defeated Clay-Chalkville.

Woods said his relationship with Roach is still in a good place, but he still feels good about his commitment.

“They still are in contact, but I am locked in with the Tigers,” Woods told Touchdown Alabama. “As far as the relationship, Coach Roach is always going to be my guy.”

The Tigers have not relaxed on recruiting Woods even though they have his verbal commitment. He still feels like he is a priority for Dabo Swinney and company.

“The love is real,” said Woods. “Sometimes when guys commit, they get pushed to the side, but I still feel like I am a priority. They are recruiting me to be a plug-and-play guy.”

Woods and Thompson’s defense have the Warriors in position to make a run for a fourth straight state championship. The 6-foot-4 prospect is once again showing why he has been considered a five-star recruit for several years. His most impressive play in his last outing was when he chased down explosive 2024 four-star wide receiver, Mario Craver and forced him to fumble.

“I have been banged up,” Woods said. “I was today, but I have mental toughness, so it was nothing for me. I came out here, put my body on the line and it paid off.”

Not going to find many defensive linemen who can fly in and chase down speedy receivers like Peter Woods @35Pwoo.

Kid is insane in space. Forces a fumble here. pic.twitter.com/rn8w9E0TAh

Woods will remain as one of Alabama’s top targets.