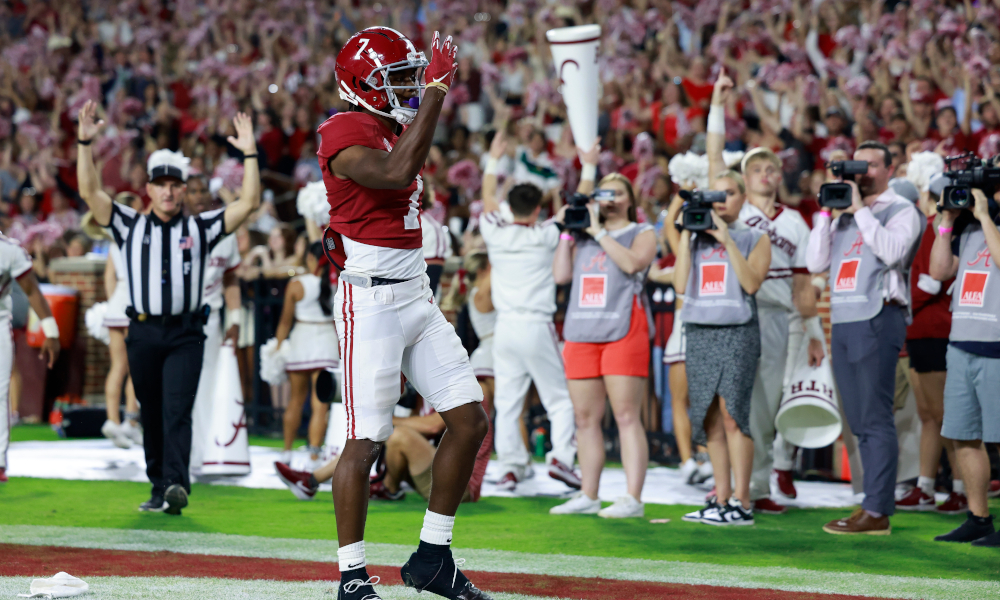 Alabama started its Southeastern Conference schedule with a victory over Vanderbilt.

The Crimson Tide sustained injuries to Cameron Latu (tight end), Jordan Battle (safety), and Byron Young (defensive end), but Young was the one who did not return. He left the game on crutches with a sprained ankle. Latu and Battle both continued to play after leaving the medical tent. Coach Saban is hopeful that Young can return soon with the leadership he brings upfront.

Saban said the Tide started to establish its standard versus the Commodores.

Its offense totaled 55 points and 628 yards, while the defense held Vanderbilt to three points and 128 yards.

Before it travels to Arkansas, here are the key takeaways from Alabama’s latest win.

1. Ja’Corey Brooks needs to be a starting wide receiver

Ja’Corey Brooks showed Alabama fans at Bryant-Denny Stadium he is the one who caught the game-tying touchdown pass versus Auburn in 2021 and a 44-yard score against Cincinnati.

As a former four-star from South Florida, Saban loves the competitor in Brooks. He did not play in spring practice because of an injury and did not win a starting position at wide receiver when the week one depth chart arrived. The 6-foot-2, 196-pounder re-established his connection with Bryce Young against Vanderbilt, totaling a game-high 117 yards receiving. Brooks became Alabama’s first 100-yard receiver this season and totaled the first 100-yard performance of his career. He caught six passes, including two for touchdowns.

He needs to be starting wide receiver.

2. Jase McClellan is running with purpose as an all-around RB

Jase McClellan is proving he can do it all at running back.

Jahmyr Gibbs gained much attention from the transfer portal – and he deserves it – but McClellan played with purpose against the Commodores. He got the bulk of the carries and made the most of an opportunity, totaling 78 yards rushing with a touchdown. The junior had 11 carries, including a 26-yard run. McClellan displayed power on a 12-yard touchdown in the fourth quarter, breaking a couple of tackles and stiff-arming a Vanderbilt defender to the ground.

He averaged 7.1 yards per rush attempt and caught two passes for 19 yards.

Alabama’s offensive line created more opportunities for its backs and did not allow a sack of Bryce Young against Vanderbilt.

Vanderbilt got pressure on Young four times; however, the junior quarterback tossed for 385 yards and four touchdowns.

Alabama is gaining confidence on the line. Eric Wolford’s mindset took root in this game and needs to continue.

4. Alabama’s defense held Vanderbilt out of the end zone

Nick Saban went into the time capsule and pulled the 2011 defense out in Alabama’s victory over the Commodores.

During the 2012 BCS National Championship Game, the Tide allowed Louisiana State University to cross the 50-yard line once.

Vanderbilt crossed midfield twice last week, scoring only three points. Alabama gave up nine first downs and one third-down conversion on 13 tries. The Commodores had 129 total yards on 2.8 yards per play. Henry To’oto’o and Deontae Lawson led the way with six tackles each. Will Anderson spent the game in Vanderbilt’s backfield, totaling three tackles for loss and 2.5 sacks.

AJ Swann, the Commodores’ quarterback, and Vanderbilt’s offense never established a consistent rhythm. Alabama played to a standard on defense, and Saban is starting to see more ‘hateful competitors’ emerge.

Kool-Aid McKinstry lost a fumble, and Brian Branch fumbled a punt, but the Tide continues to be positive on special teams.

McKinstry averaged 23 yards per return, including a long run of 40 yards. Will Reichard made two field goals, including one from 40 yards.  James Burnip averaged 43.5 yards per punt. He dropped one of his two boots inside Vanderbilt’s 20-yard line, including a long punt of 47 yards. Alabama can be explosive on special teams, or it can be as it was last week.

Special teams give this team much energy.