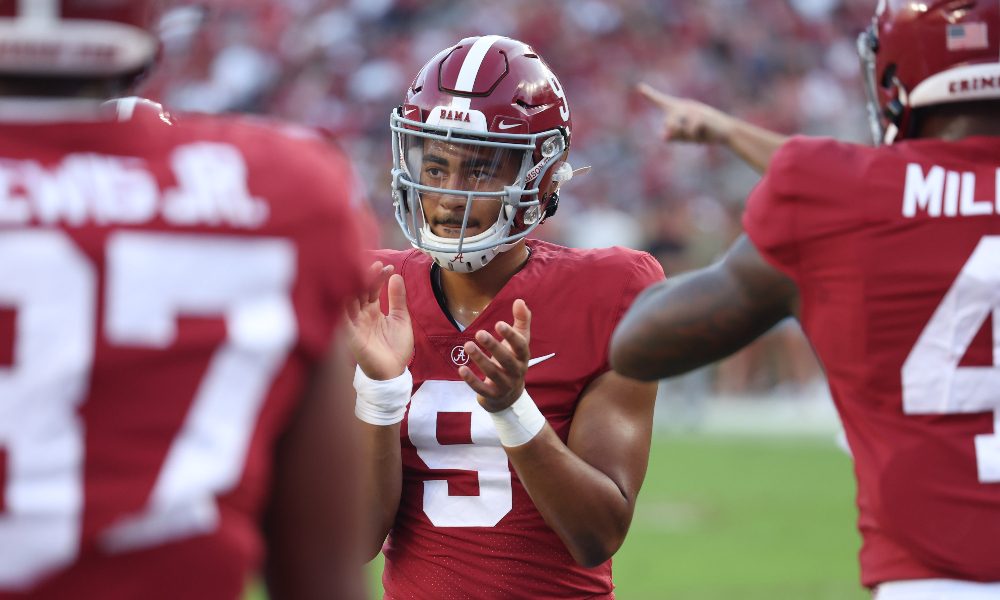 According to ESPN’s Chris Low, Saban said Young is a ‘game-time decision’ for Saturday’s matchup against Texas A&M inside Bryant-Denny Stadium. The junior signal-caller sustained a sprained AC joint in his throwing shoulder in last week’s meeting versus Arkansas. No structural damage happened to Young’s shoulder; however, Saban won’t decide on him until pregame warmups. Alabama listed the reigning Heisman Trophy winner as ‘day-to-day’ throughout the week. He has been throwing at practice, but Saban will find out from the Crimson Tide’s medical staff about how much pain tolerance Young can endure.

He is a fierce competitor, and Texas A&M handed Young his lone loss of the regular season in 2021.

Jalen Milroe, a second-year quarterback, replaced Young in the second quarter against the Razorbacks. He totaled 65 passing yards, 91 rushing yards, and two touchdowns in Alabama’s 49-26 victory. The coaching staff and players are confident in Milroe’s ability to lead the team against the Aggies. We shall see in pregame warmups who the Tide will have on the field at quarterback.