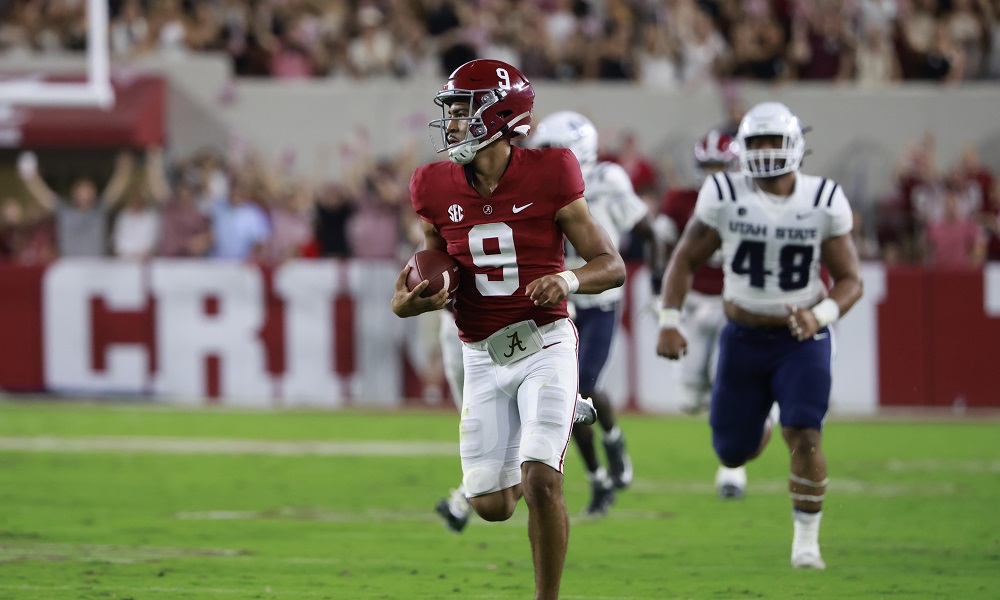 There are a lot of things to like about Bryce Young as a quarterback.

Whether it’s his accuracy, leadership, athleticism or knack for leading late-game comebacks, there are several contributing factors as to why he’s heralded as one of the top quarterbacks in college football and a potential top pick in the upcoming NFL Draft.

But there are some analysts who have some reservations regarding Young and one of them is ESPN’s, Mel Kiper.

Although Kiper heaps praise on the Crimson Tide quarterback, he currently has him ranked as the No. 3 quarterback behind Kentucky’s Will Levis and Ohio State’s CJ Stroud.

.@MelKiperESPN explains why he has Bryce Young as the fifth-best prospect on his big board 👀

“It’s the size,” Kiper said on ESPN this morning. “At 5-11 and a half, about 185 to 190. That’s something we haven’t had at the top of the first round ever really. I think you look at Bryce Young, he’s the ultimate point guard. He processes better than any of the quarterbacks I’ve seen in recent memory.”

Although the NFL has had its fair share of successful undersized quarterbacks, Kiper went on to point out that Young’s frame still doesn’t align.

“There’s a lot to love about Bryce Young,” Kiper said. “Just wish he was a little bigger. He doesn’t have the frame of Russell Wilson or a Kyler Murray, so he’s not going to be able to put on a lot of weight. Can he hold up at 5-11 and a half, 185 pounds in the NFL?

“That’s the question moving forward at the pro level.”

After winning the Heisman Trophy last season, Young has impressed once again as he has Alabama in the national championship running once again. Through seven starts, Young has thrown for 1,906 yards 18 touchdowns and just three interceptions on the season.