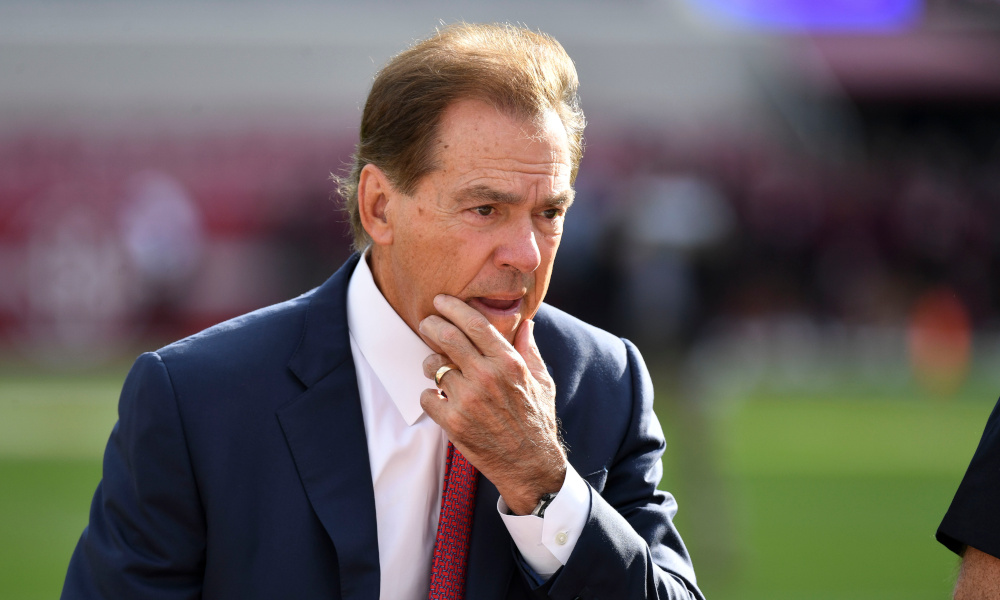 Nick Saban has made it a tradition to walk the field once he arrives to the stadium Saturday.

Saban explained why he started the tradition during “Hey Coach” Thursday.

“The number one thing is what is the field condition,” Saban said. “If you know the field’s not in good shape or whatever. Second thing is, is are there wind conditions out there? Then I’m looking at the stadium to see how the stadium’s set up. Where are the shot clocks, the 40 second clocks because every stadium is different now with all these big screen TVs and all the stuff they have in them. So I’m trying to just get myself oriented. So I started doing it on the road. But then I kind of just made it a tradition to do it everywhere, kind of gets you in the mindset of, okay, we’re at the game, we’re ready to go, here’s the conditions we’re gonna have to play in, let’s go get ready to play. Sometimes you gotta get the players ready to accept that as well. If it’s cold out, it’s gonna be cold in the game. It was cold at the game the other night.  I mean going to fight in the North Atlantic. I’d be training in North Atlantic, I’d be ready to go.”